The BRICS development bank will have initial capital of $50 billion that could rise to $100 billion, funded equally by each nation. China is expected to make the biggest contribution, $41 billion, followed by $18 billion each from Brazil, India and Russia and $5 billion from South Africa. 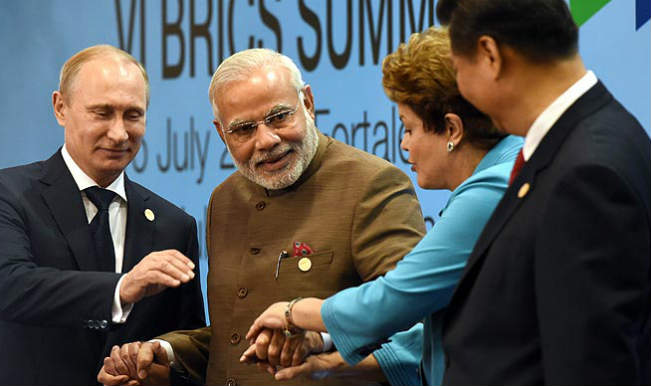 “These initiatives show that, despite our diversity, our countries are committed to a solid and productive association,” Brazilian President Dilma Rousseff said at a summit in the northeastern seaside city of Fortaleza. Also Read - Akshay Kumar To Visit Ayodhya As He Kick-Starts Ram Setu Shoot This Week, Says 'It Is a Bridge Between Generations'

The five emerging nations first unveiled their plans last year. The New Development Bank aims to rival the Washington-based World Bank while the reserve is seen as a “mini-IMF.”

BRICS leaders have pressed for reform of the International Monetary Fund to give developing countries more voting rights. “The IMF urgently needs to review its distribution of voting power in order to reflect the unquestionable weight of emerging countries,” Rousseff said.

The BRICS development bank will have initial capital of $50 billion that could rise to $100 billion, funded equally by each nation.

To ease worries of any nation getting more power than the other, BRICS leaders agreed to put the bank’s headquarters in Shanghai. The first president will be Indian while the first board chair will hail from Brazil.An Africa Regional Center will be based in South Africa. The bank will help emerging and developing nations mobilize resources for infrastructure and sustainable development projects, the summit declaration said.

The Contingent Reserve Arrangement will have $100 billion at its disposal to head off potential economic volatility linked to the United States exiting its stimulus policy.

China is expected to make the biggest contribution, $41 billion, followed by $18 billion each from Brazil, India and Russia and $5 billion from South Africa. The summit comes as the economies of some BRICS countries, which together represent 40 percent of the world population and a fifth of the global economy, are cooling down, with Russia and Brazil expecting just one percent growth this year.

Experts say the new bank and fund will give the group the backbone of a formal organisation. The talks in Fortaleza will open a series of marathon summits and bilateral meetings in Brazil.

Chinese President Xi Jinping met ahead of the summit with India’s Prime Minister Narendra Modi, who described their first face-to-face talk as a “very fruitful meeting.”

For Putin, who visited Argentina and Cuba before coming to Brazil, the trip gives him a chance to hammer home his calls for a “multipolar” world amid tensions with the West over the Ukraine crisis.

The meetings give Putin his first international summit since being kicked out of the G8 group of industrialized nations over the Ukraine crisis. The United States is threatening to impose new economic sanctions on Russia over accusations that it is backing pro-Moscow separatist rebels in eastern Ukraine.

The BRICS summit declaration voiced “deep concern” over the situation in Ukraine and called for “comprehensive dialogue, the de-escalation of the conflict and restraint from all the actors involved, with a view to finding a peaceful political solution.”

After Wednesday’s BRICS-South America summit, Xi will launch the China-Latin America forum on Thursday, highlighting Beijing’s growing interests in a region perceived as the backyard of the United States.