Domestic Flights All Set to Take Off From Monday: Check Complete Schedule Till August 24 Here

The schedule has been prepared till June 30. However, GoAir flights will operate till August 24.

New Delhi: Days after the government announced partial restoration of flight services, the Directorate General of Civil Aviation (DGCA) has released the schedule of flights that will resume operations from May 25, Monday. The schedule mentions flight name, arrival and departure time, origin and destination city. The schedule has been prepared till June 30. However, GoAir flights will operate till August 24.Also Read - Ahead of Handover to Tata Group, Air India Pilots Seek Clearance of Dues, Corrections to Deductions in Arrears

As per the schedule, low cost airline GoAir will fly 178 flights across 19 destinations till August 24. IndiGo will operate 970 flights, Vistara -448 flights, SpiceJet with 434 flights and Air Asia 240. Also Read - Air India Divestment Likely To Be Concluded By January 27 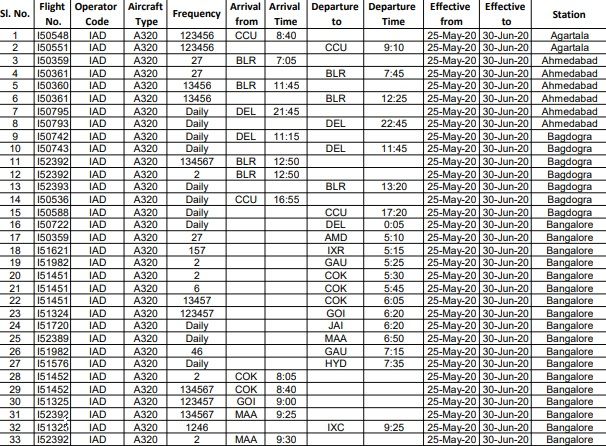 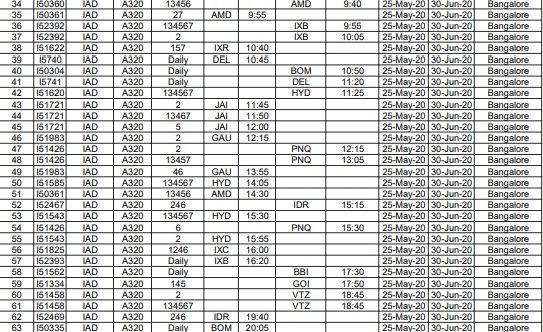 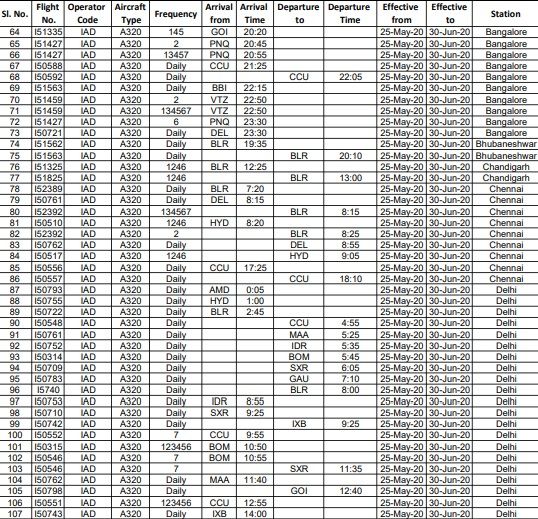 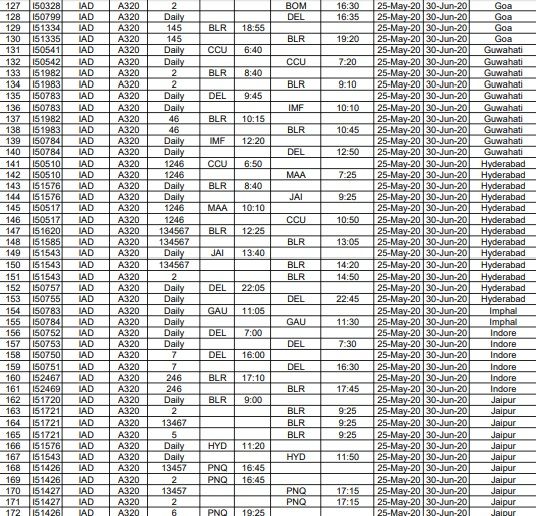 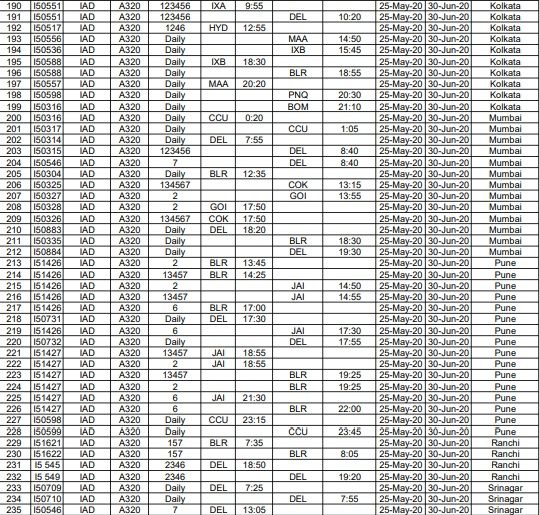 Civil Aviation Minister Hardeep Singh Puri had said that domestic flights resuming next week will be placed in seven categories on the basis of the journey’s duration, and limits will be set on fares, which would be in place till August 24.

The minister said each band would have its specific lower and upper limits of air fare, and the first such band will consist of flights that are of less than 40 minutes duration. The subsequent bands from the second to the seventh would be of flights with durations of 40-60 minutes, 60-90 minutes, 90-120 minutes, 120-150 minutes, 150-180 minutes and 180-210 minutes respectively, he told a press conference.

However, Puri did not say what would be the upper limit and lower limit fares, and when would airlines be able to open their bookings for domestic flights.