The tax collection is higher than the December 2020 record set in the last round, which witnessed an unexpected rise of 11.6 per cent.

The government on Sunday released a statement saying that the Goods and Services Tax (GST) revenue collection for January 2021 has touched nearly Rs 1.20 lakh crore. The tax collection is higher than the December 2020 record set in the last round, which witnessed an unexpected rise of 11.6 per cent.Also Read - FM Nirmala Sitharaman Lauds Supreme Court For Antrix-Devas Verdict, Criticises UPA Government For Deal 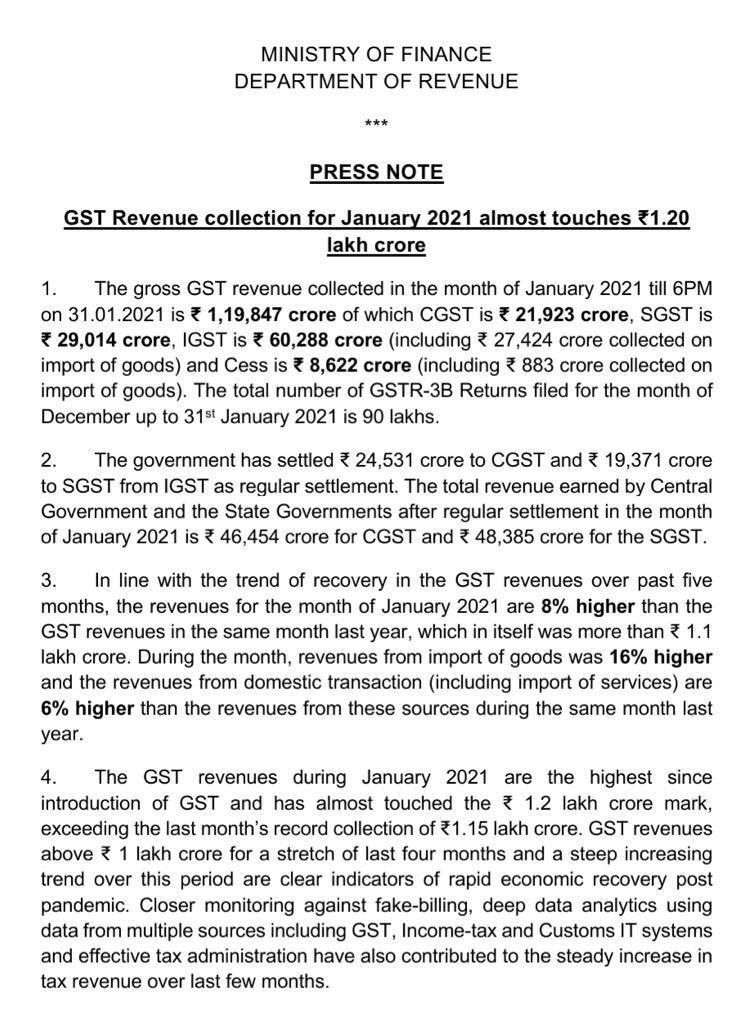 According to the statement released by the finance ministry, the total number of GSTR-3B returns filed for December up to January 31 is 90 lakh.

The cumulative revenue earned by the Centre and state governments after regular settlement in January 2021 is Rs 46,454 crore for CGST and Rs 48,385 crore for the SGST. The revenue for the first month of 2021 is 8% higher than the GST revenues in the same month last year, which in itself was more than ₹1.1 lakh crore.

The statement underlined that the factors like closer monitoring against fake-billing, deep data analytics using data from multiple sources including GST, Income-tax and customs IT systems and effective tax administration have played an important role to the steady increase in tax revenue over the last few months.

GST revenues above ₹1 lakh crore for a stretch of last four months and a steep increasing trend over this period are clear indicators of rapid economic recovery after the coronavirus pandemic.