Hawkish Yellen is what the Indian equity market needs

On equity strategy, Currency Corner has maintained that we have reached a point where the risk-off move of the previous years (a slightly upbeat hawkish Fed leading to a fall in stock prices) is now working in just the opposite manner 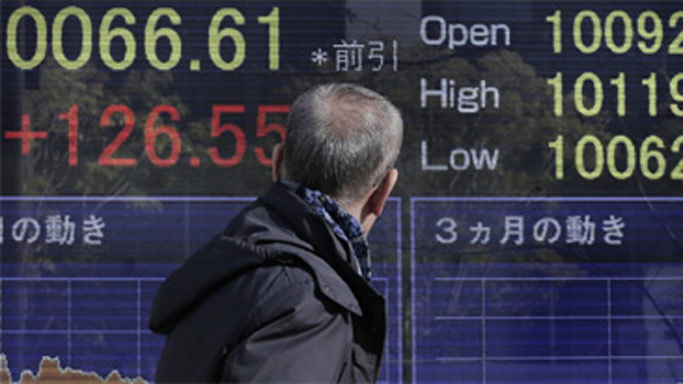 On equity strategy, Currency Corner has maintained that we have reached a point where the risk-off move of the previous years (a slightly upbeat hawkish Fed leading to a fall in stock prices) is now working in just the opposite manner. As of today, the market will only rally further if Fed chief Janet Yellen talks about the first rate hike after the commencement of QE in October. Any talk about the weak labour market recovery and lack of clarity about the time gap between the first rate hike and the end of the QE taper (this was 6 months earlier)would just imply a lack of a clear exit strategy. Also Read - Rupee Opens 5 Paise Higher at 71.30 Against USD, Sensex Soars to 41,695 in Early Trade

This is an event-driven week as the ECB TLTROs (European Central Bank Targeted Longer-Term Refinancing Operations) and the Scottish referendum will drive global market sentiment. However, the FOMC (Federal Open Market Committee) meet and its impact on the US Dollar Index and G-8 as well as EM (emerging market) currencies will be the event market participants will be looking at to position themselves for the medium term. What’s clear is that the US Fed will stick to its preset path of tapering down its QE program by a further $10 billion, which implies a complete exit by October. So, this is a fully priced-in event. The language used by Yellen is the key. According to Citi, at least 40 percent of their clients polled expected that the language will shift from keeping Fed funds near zero for a “considerable time” to more data dependent policy guidance. We believe that this point is key as the market is clearly looking for some clarity on the time gap between the QE exit and the first rate hike. Also Read - US Dollar Declines Against British Pound as Boris Johnson Wins UK Polls

If we go back a couple of weeks and recall the statement made my Yellen at Jackson Hole, we can see why any talk of data dependent rate hikes would be bullish for US 10 year yields, US Dollar Index and also the S&P 500 in the medium term. “If progress in the labor market continues to be more rapid than anticipated by the Committee or if inflation moves up more rapidly than anticipated, resulting in faster convergence toward our dual objectives, then increases in the federal funds rate target could come sooner than the Committee currently expects and could be more rapid thereafter”.

It is also worth watching how Yellen describes the state of the labour market. The FOMC may drop the language indicating “significant under-utilization of labor resources”, but investors will likely see that as secondary according to Citi. For a detailed understanding of the US labour force participation rate, one can read the following paper: http://www.federalreserve.gov/pubs/feds/2014/201464/201464abs.html

What we know from experience is that one really doesn’t need to position himself going into FOMC for a short-term trade. We can simply trade off the FOMC minutes and the Fed chair’s press conference pointers. We are going into the FOMC with a short bias towards the US dollar and the S&P 500 (which also seem technically a bit overbought at this point) and believe that even though there might be a change in the Fed “dots” and forward guidance, Yellen will try her best to sound dovish at the press conference.

A hawkish US Federal Reserve might lead to a short-term correction in global equities as the markets price in higher rates. But this will be a great buying opportunity as one will not buy into an era of asset prices inflated by cheap liquidity but rather into strong economic fundamentals.