Notably, these flights are in addition to the existing fleet operating between India and the UK as part of the air bubble signed between the two countries.

Notably, these flights are in addition to the existing fleet operating between India and the UK as part of the air bubble signed between the two countries. Also Read - International Flights: Now Indians Can Fly to Japan, UK, Canada And 10 Other Countries | Who is Allowed & Who is Not? Read Detailed SOPs 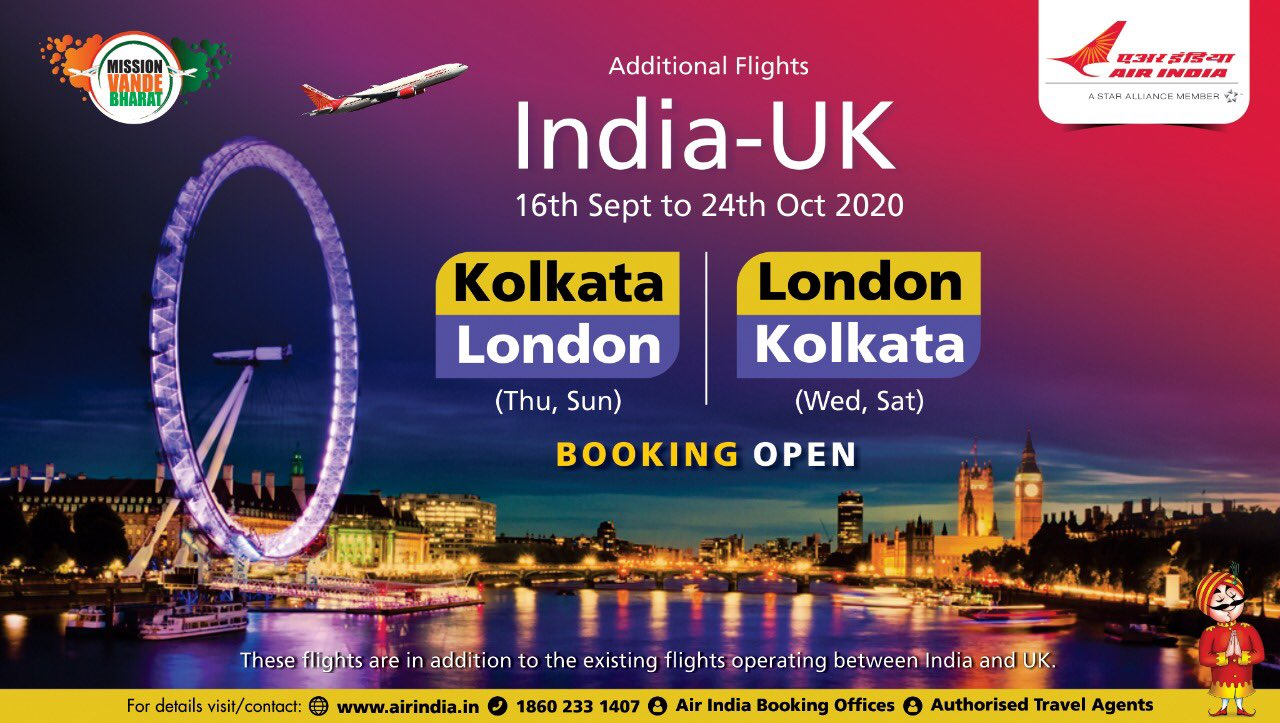 The flight resumption from Kolkata assumes significance at this moment as the West Bengal government had earlier banned flights to Kolkata from international destinations due to safety concerns. Because of this reason, many stranded Indians couldn’t return to the city from the UK. And many of them are now opting for these direct flights to retun home.

Air India, which had started operating regular passenger flights between Kolkata and London in 2006, discontinued the service in 2010 over poor load factor.

Air India is already operating a total of 97 flights between India and the UK under Vande Bharat Mission Phase 6.

Since July, India has established air bubbles with the US, the UK, France, Germany, the UAE, Qatar and the Maldives.

Scheduled international passenger flights continue to remain suspended in India since March 23 due to the coronavirus pandemic.