International Flights Latest News Today: Giving a piece of good news for the air passengers, Vistara airlines on Thursday announced fresh flights to Paris from Delhi. Giving further details, the full-service carrier said it will operate a special, non-stop flight between Delhi and the Charles de Gaulle airport in Paris from November 7. Notably, the flights will be operated by this airline as part of the bilateral ‘transport bubble’ agreement between India and France.Also Read - International Flights: AirAsia India Gets Security Clearance, Likely to Get Global Flying Permit Soon

“These flights give us the opportunity to further build our presence in Europe and to present India’s finest full-service carrier to the world,” he added. Also Read - Thailand Announces Quarantine-free Travel For 45 Countries. When Will Indians Be Allowed? 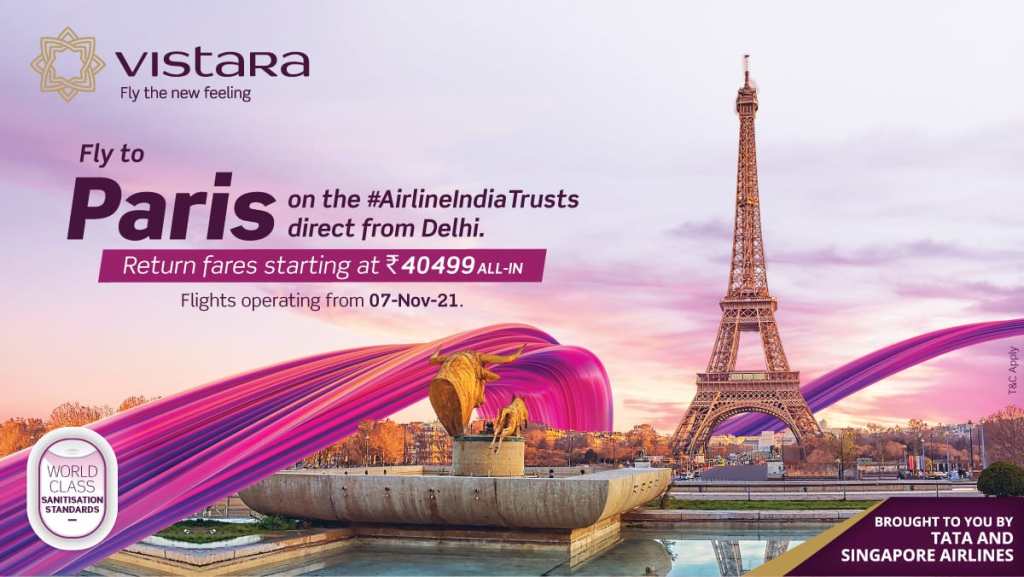 The airline also added that Vistara will accept all eligible customers meeting visa/entry requirements in both the countries, as specified by the respective government bodies.

Flight schedule: Issuing a statement, the airline said it will fly twice a week between the two cities — on Wednesdays and Sundays.

The air passengers must note that the bookings for the flights are being progressively opened on all channels, including Vistara’s website, mobile app, and through travel agents.

Airfare from Delhi to Paris: The airline said that the round-trip fares between Delhi and Paris are as follows: Delhi-Paris-Delhi would cost Rs 40,499 for economy, Rs 71,999 for premium economy and Rs 135,999 for business class.

The return tickets from Paris-Delhi-Paris would cost euro 560, euro 880 and euro 2,020 for economy, premium economy and business class respectively.

The airline also added that the Delhi-Paris route will be served by Vistara’s Boeing 787-9 Dreamliner aircraft. Equipped with highly efficient airflow and filtration system, the Dreamliner aircraft continuously refresh the cabin with air from outside. Powerful HEPA filters trap 99.9 per cent of particulates such as viruses, bacteria, and fungi and purify the air inside the cabin every two to three minutes, the airline stated.