When the Modi government came to power in April 2016, crude oil was trading at $107 per barrel. It soon went below $30 before it again started to rise. It is currently trading at $80 per barrel. The u

When the Modi government came to power in April 2016, crude oil was trading at $107 per barrel. It soon went below $30 before it again started to rise. It is currently trading at $80 per barrel. The ups and downs of crude oil during these four years sort of mirrors the performance of the Modi government. At the start of his term, Narendra Modi did not hesitate to implement tough measures such as GST and demonetisation. But, when the general elections are due next year rising fuel prices and low job creation, poses a serious challenge for the government.Also Read - India Changed From 'Fragile Five' to 'Bright Spot' in 4 Years: Arun Jaitley

Having said that riding on the back of low crude oil prices and good monsoon, the Modi government has managed to stay ahead in terms of growth as India’s gross domestic product (GDP) grew at an average 7.3 per cent these four years, the fastest in BRICS (Brazil, Russia, India, China and South Africa), according to the latest report by Crisil. The average GDP growth rate has, however, slowed down in the last four years compared with 7.6 per cent in the preceding decade. FDI contribution has also been steadily rising in the country. Also Read - Mayawati Likely to be BSP's PM Candidate For 2019 Lok Sabha Polls 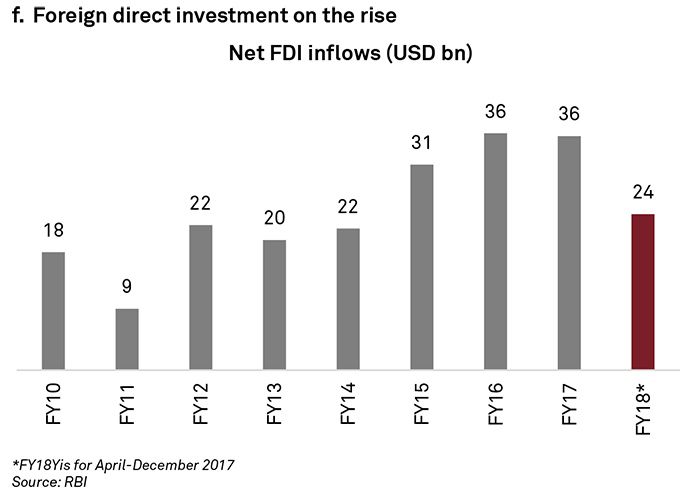 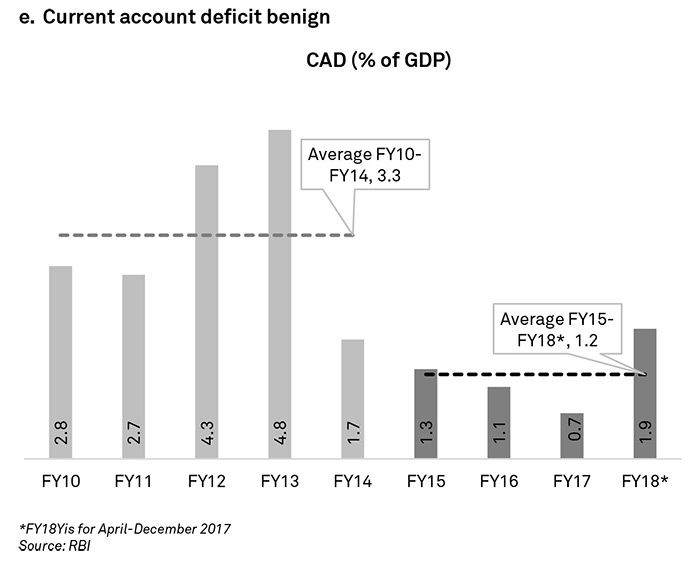 One of the low points has been the fiscal deficit of states which increased by the substantial percentage. According to the Crisil Report, “Average fiscal deficit for states increased to 3.2 percent between fiscal 2015 and fiscal 2017, from 2.2 per cent during the previous 5 years.” The reason for the rise in state deficit has been attributed to Ujwal DISCOM Assurance Yojana (UDAY) scheme for the restructuring of power sector debt 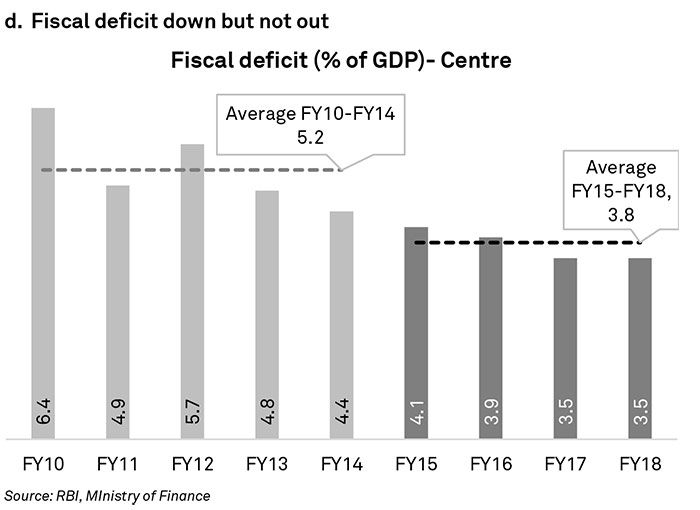 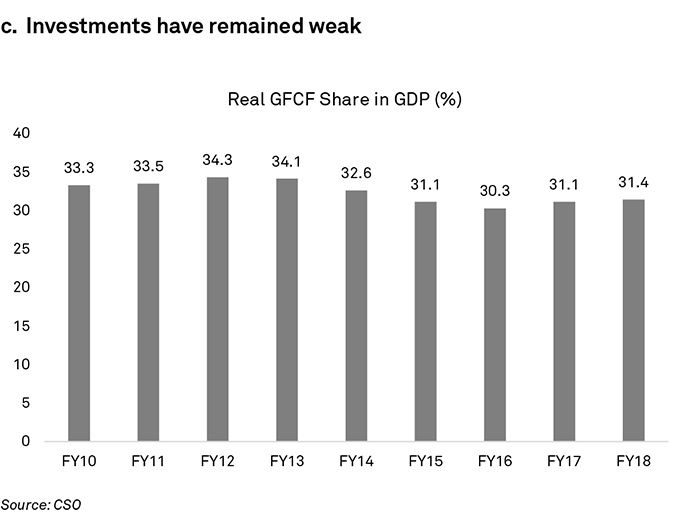 Numbers tell the story. According to the official website, 31 crore, Jan Dhan Accounts have been opened so far under Jan Dhan Yojana. This is a commendable figure as according to a World Bank study, 80% of Indian adults have a bank account today, which is up from 35 per cent in 2011. China also has similar penetration when it comes to financial inclusion.

There is, however, a flip side when we look at total deposits made under these accounts. Data reveals total Rs 79, 455 crore has been collected so far under JDYS, giving the average balance of just Rs 2,563. That said, issues of low balance and zero balance accounts need to be addressed for better financial inclusion in the country.

When IBC was passed by the Parliament in 2016 around 72,841 cases were pending in 33 Debt Recovery Tribunals. Things used to move at a snail place affecting the ease of doing business in India. Recognising the gap, the central government mandate a new framework for debt recovery and time-bound resolution of cases, given the rise of bad debts in the economy. It has been due to IBC that India has moved up 30 places to rank 100th in the World Bank’s Ease of Doing Business Report 2018

The Modi government has faced criticism for not being able to create enough jobs as promised during elections. But the government claims to create jobs by giving loans to small entrepreneurs. To give you an idea, since inception Mudra Yojana has given 9.92 crore loans worth Rs 4. 68 lakh crore to entrepreneurs. Though the figure looks impressive experts say the average size of each loan works out to just around Rs 47,000. The government surely needs to address issues on the job front.

Mudra yojana was launched by the Prime Minister on April 8, 2015 for providing loans upto 10 lakh to the non-corporate and non-farm enterprises. For the financial year 2018-2019, 56.94 lakh loans have been sanctioned amounting to Rs 25, 877.40 crore. Out of this total Rs 23531.45 crore has been disbursed. To reach out to deep roots of India the loan is provided by banks including commercial, small finance banks, cooperative banks, MFIs and NBFCs.

When GST was rolled out on July 1 there were many inhibitions about slowing down of the economy. After initial hiccups, the GST collection in April has crossed the Rs 1 lakh crore mark for the first time, suggesting stabilisation of the new indirect tax regime.

“GST collections in April exceeding Rs 1 lakh crore is a landmark achievement and a confirmation of increased economic activity as brought out by other reports,” the finance minister said in one of his tweets.

The direct tax collection has steadily been rising in the country on the back of strict norms by the income tax department. The Crisil report states, “The government’s concerted effort at improving tax compliance, or bringing more people into the formal tax net, through steps such as the Income Declaration Scheme and demonetisation, seem to have had a positive impact, as reflected in increased direct tax compliance. The report added it is interesting to note that in the last two fiscals, i.e. fiscals 2017 and 2018, direct tax growth accelerated even as GDP growth slowed down.”

The performance looks attractive compared to Indira Awaas Yojana, under which 18.22 lakh houses were built in 2015-16. Figures were not very attractive in the previous years as well. But still, a lot remains to be done to achieve the target of housing for all.