Crude oil price in June was USD 115 per barrel. 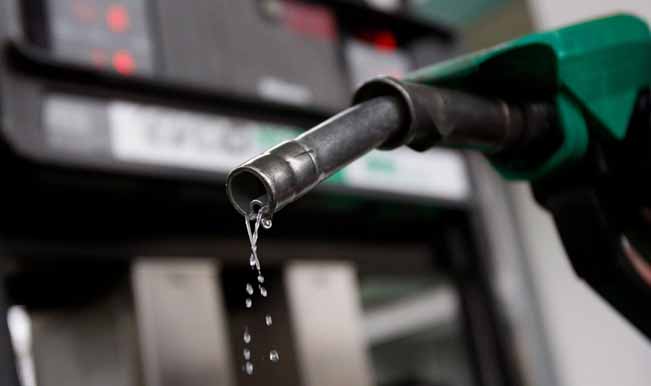 Also Read - Book Cooking Gas Via WhatsApp From Your Registered Mobile Number: Here's All You Need to Know

New Delhi, Dec 30 :  Indian Oil Corp (IOC) and other state-run fuel retailers have piled up inventory loss of over Rs 10,000 crore which together with depreciating rupee has severely strained their finances ahead of a revision in petrol and diesel prices. IOC along with Hindustan Petroleum Corp Ltd (HPCL) and Bharat Petroleum Corp Ltd (BPCL) are to decide on revising petrol and diesel prices tomorrow, amidst clamour for a rate cut on falling crude oil prices. Also Read - LPG Price Today: Cooking Gas Price Cut by Rs 162.50 in Delhi, Check Latest Rates Here

The firms, however, rue that petrol and diesel prices are not set based on trends in crude oil prices. They are benchmarked against internationally traded rates of gasoline (for petrol) and gas oil (for diesel) as well as rupee-dollar exchange rate. Industry sources said rupee has depreciated against the US dollar since the last revision on December 16, making imports costlier. Rupee has averaged Rs 63.46 to a US dollar since then as against Rs 61.95 factored in the last price cut. Also Read - India's Core Industries Output Crashes by 6.5% in March

On top of this, margins, which is differential between raw material (crude oil price) and product rate, has halved to USD 8-9 per barrel, they said.
While the slump in international crude oil prices had resulted in successive cuts in petrol and diesel prices, for oil companies they had meant inventory losses as they would typically buy crude at one rate but by the time it is processed and marketed its market value would have come down. In April-September, the three state oil firms had an inventory loss of Rs 5,300 crore which has risen by “two to three times” since then, a top source said.

Oil firms feel people should look at the complete picture and not just base their expectations for a cut in retail prices on crude oil rates alone.
A cut in prices as per the fortnightly practice of revising rates on 1st and 16th of every month, can be announced tomorrow evening only at the expense of oil companies, they said. Petrol and diesel prices were last cut on December 16 by Rs 2 per litre each. This was the eighth straight reduction in petrol prices since August, and fourth in diesel since October.

Petrol in Delhi today costs Rs 61.33 a litre, the lowest in 44 months. Diesel costs Rs 50.51 a litre, the lowest since July 2013. Since August, petrol price have been cut by Rs 12.27 per litre on a cumulative basis while diesel rates in four downward revisions have been slashed by Rs 8.46 a litre. The price cuts would have been steeper but for the government deciding to make hay out of the crude oil rate slump to around USD 60 per barrel. It raised excise duty on petrol by Rs 3.75 and by Rs 2.50 a litre on diesel to mop up Rs 10,600 crore. Crude oil price in June was USD 115 per barrel.