Reserve Bank of India may cut interest rates as early as this week: Analysts

The Reserve Bank may cut key interest rates as early as this week, as the fiscal measures announced in the Union Budget are unlikely to disturb the "disinflation" trend, say analysts. 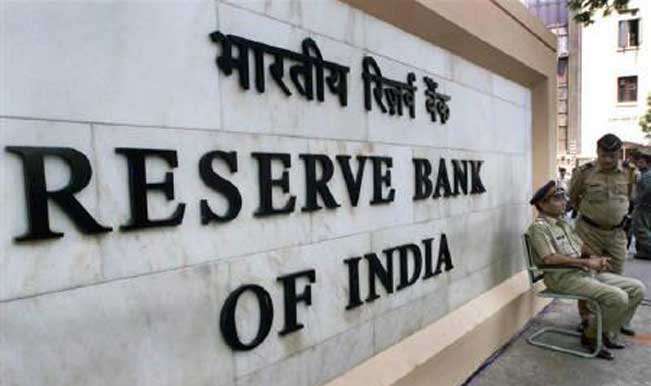 New Delhi, Mar 2: The Reserve Bank may cut key interest rates as early as this week, as the fiscal measures announced in the Union Budget are unlikely to disturb the “disinflation” trend, say analysts. According to global financial services firm Morgan Stanley, “The budget does not have any measures that would disturb the current entrenched disinflation trend.” “We maintain our view that RBI will cut policy rates by 125 bps by the end of 2015 with the next move coming as early as this week,” Morgan Stanley’s Asia economist Chetan Ahya said in a research note. (Also read: Historic government-RBI agreement on inflation control) Also Read - Interest Rates For Small Saving Schemes Announced, Kept Unchanged

With the budget now out of the way, investors’ attention will revert to the government’s effort to implement more critical policy reforms, he said. Rolling out a new fiscal consolidation roadmap, Finance Minister Arun Jaitley had said in the Budget that fiscal deficit would be brought down to 3.9 per cent of GDP in 2015- 16, and then further to 3.6 per cent and finally to 3 per cent by 2016-17 and 2017-18, respectively. Meanwhile, HSBC in a research report said the higher fiscal stimulus in the budget is expected to restrict any further monetary policy accommodation. Also Read - State Bank of India Reduces Interest Rates For Home Loans up to Rs 30 Lakh

“We stick to our call of 50 bps additional repo rate cuts, with the first cut coming in the April meeting,” HSBC Chief India Economist Pranjul Bhandari said. Bank of America Merrill Lynch said, “We reiterate our call that Budget 2015-16 will lead to lower rates to support recovery.” “We continue to expect the RBI to cut policy rates by 25 bps on April 7 (and June) with the Budget meeting his pre-condition of fiscal consolidation and inflation set on his 6 per cent January 2016 target,” BofA-ML added. DBS Bank said, “We continue to expect another 50 bps of cuts by end-June but believe the odds of an inter-meeting cut in March are low.”

Commenting on the budget, Nomura said that “overall, the budget is neither populist nor very reformist, in our view, and it reinforces the view that the government?s approach to reforms will be incremental rather than in a big bang”. On policy rates, Nomura said, “We continue to expect a 25 bps repo rate cut on 7 April to 7.50 per cent, followed by an extended period on hold until 2016.” “Overall, the Budget is a pragmatic vision and a roadmap for the future. This coupled with the Railway Budget seems a well concerted move by the Government to sustain the existing momentum,” SBI said.