New Delhi: As soon as Prime Minister Narendra Modi announced a package of Rs to lakh crore — 10 per cent of the country’s GDP — speculations were rife whether the amount of the Atmanirbhar Bharat Yojana will be in reality much lesser than that, Experts projected that the actual spending would be somewhere around Rs 10 lakh crore. However, on the last day of the series of announcements, finance minister Nirmala Sitharaman said, “Now I will give the details of Rs 20 lakh crore. I can see many moving on the edge of their seat. Will provide all the details.” Also Read - 'Rs 20 Lakh Crore Package a 'Major Step' in Making India 'Atamnirbhar': Read Full Text of PM Modi's Letter to Nation

And here are the details: Also Read - 'Migrant Workers, Labourers Undergone Tremendous Suffering', PM Modi in Letter to The Nation 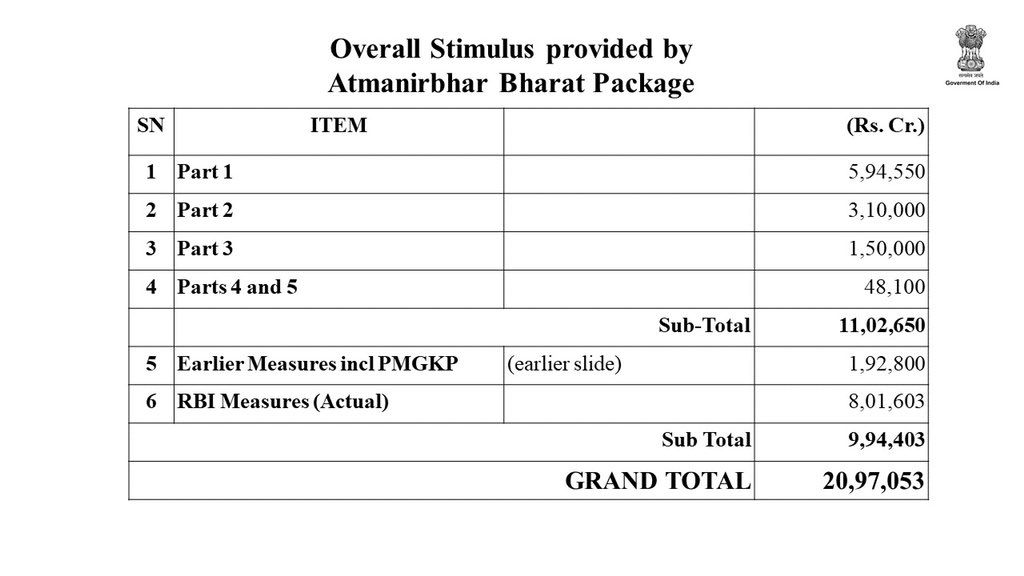 The parts are to refer the tranches of the announcements finance minister Nirmala Sitharaman made after PM Modi’s address. Before that, the Centre took some measures under Pradhan Mantri Garib Kalyan Yojana and the RBI announced some fiscal measures.

Here are the tranche-wise details 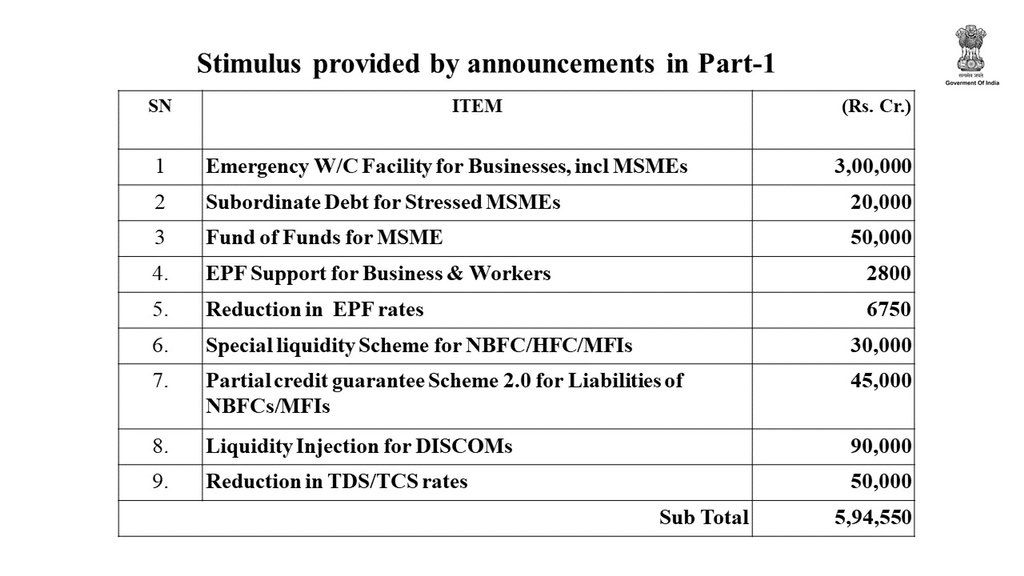 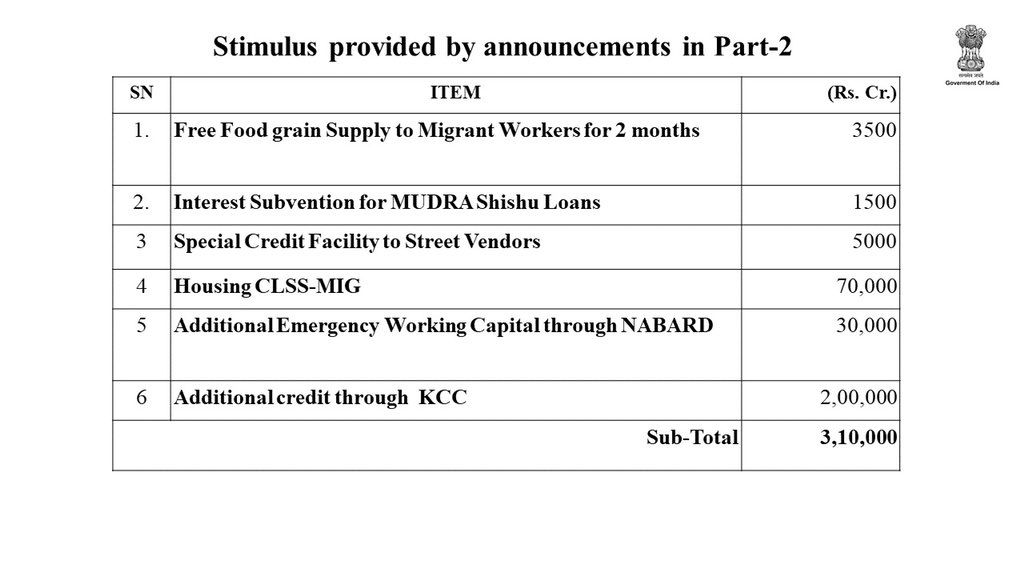 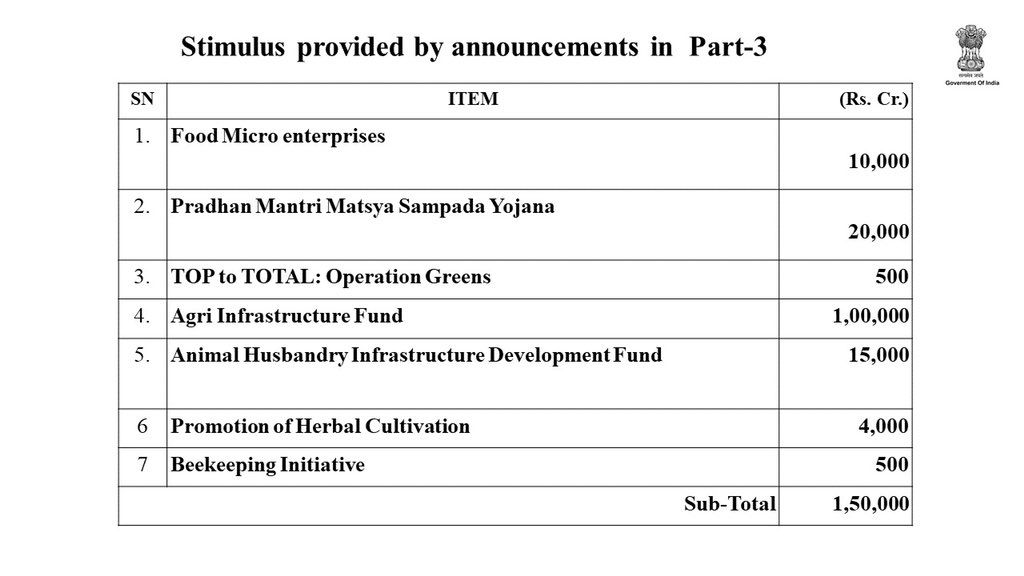 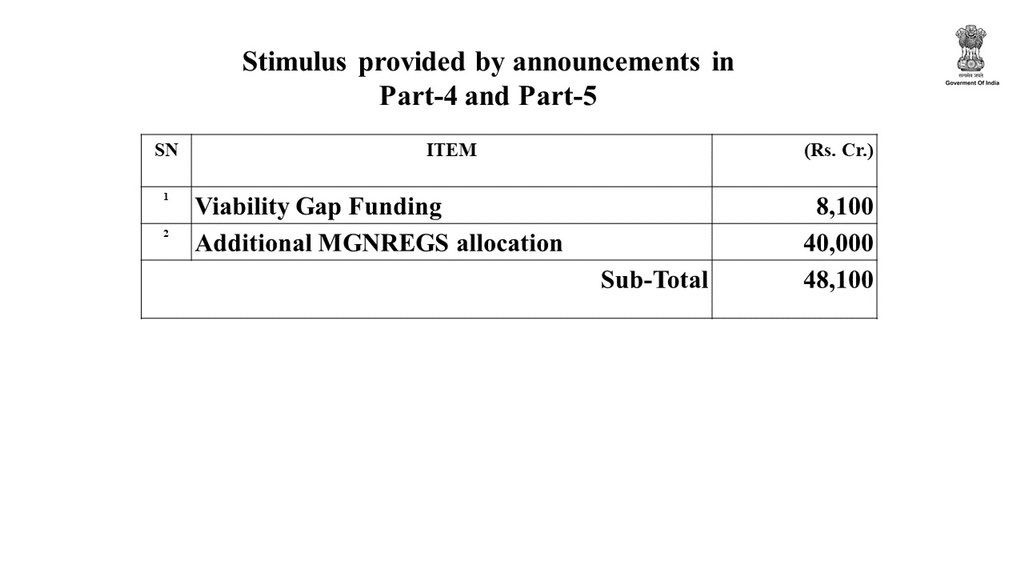 According to data from the World Bank GDP indicator, the amount is 83% of Pakistan’s annual GDP, which is around $322 million.