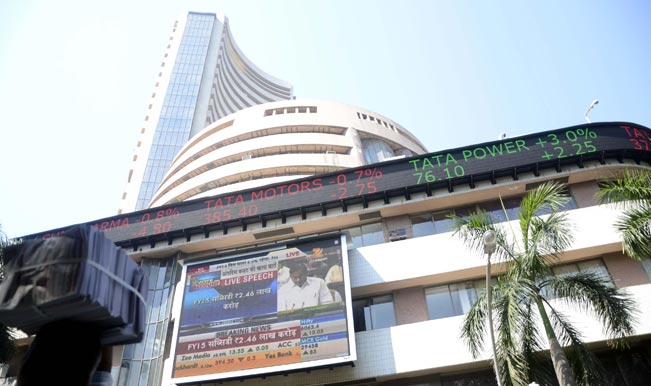 The benchmark index had gained 301.78 points in the previous two sessions. The National Stock Exchange index Nifty breached the 8,500-mark for the first time to hit a new peak of 8,529 by gaining 51.65 points, or 0.60 per cent. It surpassed previous intra-day high of 8,489.80 touched on Friday.

Brokers said sustained capital inflows on expectations of further economic reforms by the government as the Winter Session of Parliament begins today and a firming trend at other Asian markets as China’s surprise move last week to cut interest rates for the first time in more than two years, boosted sentiments.

Among other Asian markets, Hong Kong’s Hang Seng index was up by 1.87 per cent, while Japan’s Nikkei rose 0.33 per cent in early trade today.
The US Dow Jones Industrial Average ended 0.51 per cent higher in Friday’s trade.