Beleaguered budget carrier SpiceJet ran into more turbulence today after all its flights were grounded for about ten hours before it made cash payments to oil companies enabling it to partly resume operations in the evening. 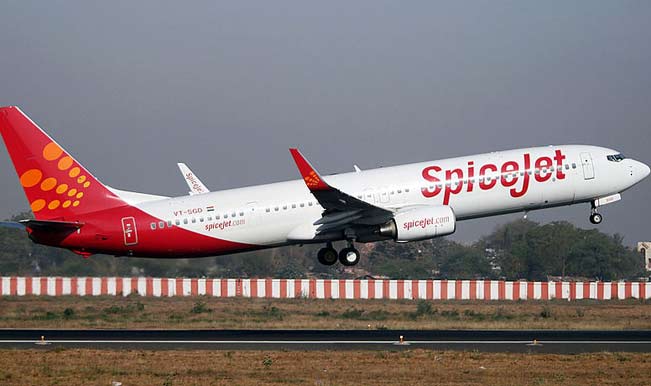 New Delhi, Dec 17: Beleaguered budget carrier SpiceJet ran into more turbulence today after all its flights were grounded for about ten hours before it made cash payments to oil companies enabling it to partly resume operations in the evening. Over 150 flights of the airline, which has 243 scheduled services a day, were cancelled, as many of the hundreds of harried passengers across the country got into heated exchanges with helpless SpiceJet staff at airports. Also Read - SpiceJet Introduces in-Flight WiFi-enabled Entertainment System 'SpiceScreen'

Airline officials did not provide any authentic information on the number of flights cancelled, merely saying 75 services were operated after the oil companies, which had stopped fuel supplies to its aircraft, eased the restriction as the carrier made payments for the day’s fuel uplift. When asked tonight whether the airline would operate all flights tomorrow, a spokesperson said “yes”. A late evening meeting between Ajay Singh, one of the original promoters of SpiceJet, and Civil Aviation Secretary V Somasundaran led to speculation about the former planning to invest in the carrier once again. Also Read - SpiceJet Operates First Long-haul Wide-body Charter Flight to Canada

Singh refused to reply to questions on whether he would invest, but said the SpiceJet had a “lot of potential”. S L Narayanan, CFO of the airline’s parent company Sun Group, told PTI, “We need some breathing time …If we get a reprieve from the banks and Mr (Kalanithi) Maran is ready to give guarantee we can restart the engine. Once the collection starts coming in, we will pay(the dues).”

Maran has already invested around Rs 820 crore in the last three years and he has invested whenever the airline has needed money, he said. Not a single flight in the airline’s entire network took off since early morning till about 1600 hours after the oil companies refused fuel supplies to the carrier for non-payment of dues of the public sector oil marketing companies. The Civil Aviation Ministry had yesterday requested the oil companies and airport operators to extend a 15-day credit facility to SpiceJet to save the airline from shutting down.

The ministry’s intervention came with a rider that the beleaguered airline will commit capital infusion at the earliest. The airline has total liabilities of Rs 2,000 crore which include dues to the public sector oil firms and the Airports Authority of India (AAI).