The two-wheeler segment is the only one that has clocked positive growth at 12.9 percent YoY 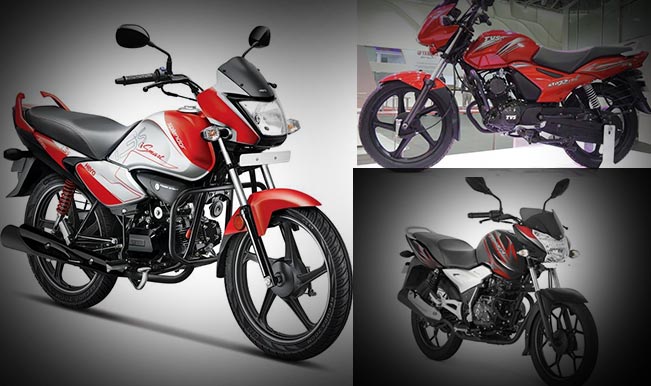 The growth story for the Indian automobile industry in 2014 rode on the two-wheeler segment and not on passenger cars or commercial vehicles, as high interest rates and a stuttering manufacturing industry kept a check on demand. The year also saw Competition Commission of India (CCI) levying a penalty of Rs.2,544.65 crore ($415) on 14 car makers for their restrictive trade practices by preventing independent repairers coming into the market. Some of the leading car makers also had to recall some models over defective components. Also Read - 'Will Ask Finance Ministry to Relax Fuel Tax For Auto Industry': Nitin Gadkari

When other segments like passenger cars and commercial vehicles logged negative growth, the two-wheeler makers registered around 13 percent growth between January and October. Riding on the two-wheeler sector’s growth, the automotive industry grew 9.8 percent by volume year-on-year (YoY) between January and October. “The two-wheeler segment is the only one that has clocked positive growth at 12.9 percent YoY (year-on-year) to reach sales of nearly 13.5 million units by October. This can be attributed to the low cost of two wheelers
in India,” Vijay Kakade, vice president for automotive and transportation practice at Frost & Sullivan, told IANS. Also Read - Auto Stress: Mahindra And Mahindra to Suspend Production For 8-14 Days

He said the light commercial vehicle (LCV) segment has been the worst hit, with sales reducing to approximately 330,000 units — an 18.9 percent YoY fall over 2013. “The passenger car, medium and heavy commercial vehicle segments contracted by 0.8 and 6.5 percent respectively during the period, compared to 2013. The reduction in sales can be attributed to the slowdown and the high interest rates set by the RBI (Reserve Bank of India) reducing the availability of finance options to the public,” Kakade added.

“These segments have shown positive signs over the past few months, which is expected to lead to growth in the next year.” As to the market trend, experts said, customers preferred higher segment vehicles, both in two- and four-wheelers and cited Royal Enfield’s 49.3 percent YoY growth till October.

“The year 2014 has been a year of stagnation, which is a positive sign as the decline has stopped. The industry has shown signs of growth, albeit slower than expected, over the past few months,” Kakade remarked. P. Balendran, vice president, General Motors India, had similar views to share with IANS: “Of late, we have seen some movements in new entries driven by novelty factors and some select manufacturers have been getting the benefits too.” He said the market has not shown any movement forward, despite the excise duty reduction, while the customer sentiment has not picked up due to sticky interest rates, which remain at high levels.

“Although fuel prices have started coming down significantly, the enquiry levels at showrooms have come down and conversions are not taking place at all. The sales of diesel vehicles are also tapering off because of the narrowing price gap vis-a-vis petrol,” Balendran added. Expecting the government to continue with a lower excise duty regime for small/mid-sized/big cars and sports utility vehicles (SUV) till March 2015, Balendran said the rates should be continued till the Goods and Services Tax (GST) is introduced — aiding the turnaround of the auto sector.

According to Balendran, only the entry-level sedan segment has logged growth in the passenger car sector owing to new entries and many hatchback owners upgrading to entry-level sedans. Terming 2014 a mixed bag for the automobile industry, Sumit Sawhney, chief executive and managing director of Renault India, told IANS that while there has been a sea change in the consumer sentiment with a gradually improving economic climate in the country, the optimism has still to translate into sustained sales growth.

* Overall growth was 9.8 percent by volume year-on-year (YoY) between January and October.

* Passenger car, medium and heavy commercial vehicle segments contracted by 0.8 and 6.5 till October