New Delhi, February 1: Finance Minister Arun Jaitley on Thursday tabled the Budget 2018-19 which brought a lot of cheer to the rural economy and agriculture sector. But this year the budget has disapp

New Delhi, February 1: Finance Minister Arun Jaitley on Thursday tabled the Budget 2018-19 which brought a lot of cheer to the rural economy and agriculture sector. But this year the budget has disappointed salaried class employees as the government did not decide to tinker with the income tax rates. Also Read - India 'Exposed' Pakistan's 'Nuclear Bluff' by Carrying Out Air Strikes on JeM Terror Camps at Balakot: Arun Jaitley

Moments after FM Jaitley started reading the Budget documents, the market reacted cautiously and the Sensex went up by almost 250 points by the time FM Jaitley had finished his speech but began to recover within a few minutes. Jaitley’s budget has targeted a fiscal deficit of 3.3 per cent in 2018-19 fiscal but also announced the National Health Protection Scheme, which will be the world’s largest government-funded universal healthcare programme. Also Read - Arun Jaitley Attacks Congress For 'Fake Campaigns' on RBI, Rafale

Since last couple of days, FM Jaitley team was under a lockdown where all important officials involved in the process are not allowed to communicate with the outside world. They are all quarantined in the North Block in a basement and have no access to the internet. Also Read - Arun Jaitley Accuses Congress of Grudgingly Supporting Quota Bill, Says 'Opposition Showed Only Lip Sympathy For Measure'

They are not even allowed to call friends and family unless there’s an emergency. Even then, the calls are closely monitored by government officials. The officials are allowed to come out only after the Finance Minister presents the Budget.

While there over a hundred officials who have been working hard to get the Budget ready, FM Jaitley was backed by his core team which comprises of the Ministers of State for Finance and senior civil servants. (Also Read:  Budget 2018: No Change in Income Tax Slabs For Individual Taxpayers)

Take a look at the A-lister team that is tasked with getting the Budget 2018 ready: 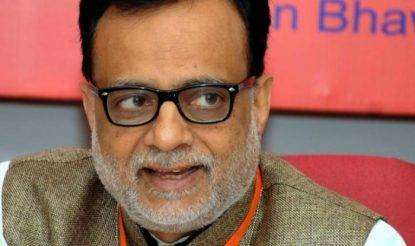 Dr Hasmukh Adhia, the senior-most bureaucrat in the Finance Ministry is an Indian Administrative Service (IAS) officer from the Gujarat cadre. He took additional charge as the Revenue Secretary in November 2017. Dr Adhia, was a part of the key team behind the roll-out of two of the Modi Government’s biggest, and most controversial, initiatives – the GST and the demonetisation of the 500 and 1000 Rs notes. 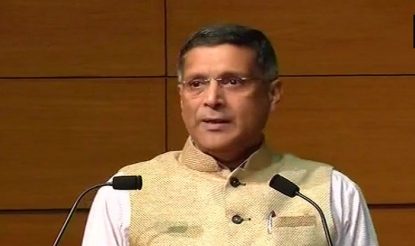 In October 2014, Arvind Subramanian succeeded Raghuram Rajan as the Chief Economic Advisor. A senior fellow at the Peterson Institute for International Economics, Subramanian is tasked with preparing the Economic Survey 2018, which has just been released. 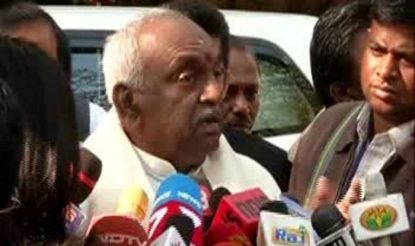 Pon Radhakrishnan, a lawyer by profession and the only BJP MP from Tamil Nadu is the Minister of State, Ministry of Finance and Ministry of Shipping who is elected to the Lok Sabha from Kanyakumari district. He was the President of the Tamil Nadu state unit of the BJP before he became a MoS. He was earlier the Minister of State for Road Transport and Highways and joined FM Jaitley’s team in September 2017. 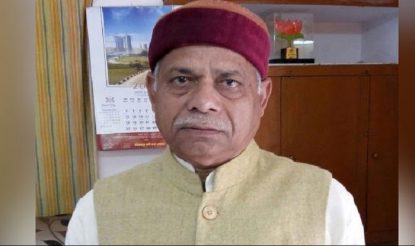 Shiv Pratap Shukla, BJP Vice President in Uttar Pradesh is a Minister of State who hails from Gorakhpur, Uttar Pradesh. A lawyer by profession, Shukla is known for his work in the fields of rural development, education and prison reform. He joined FM Jaitley’s team in September 2017. 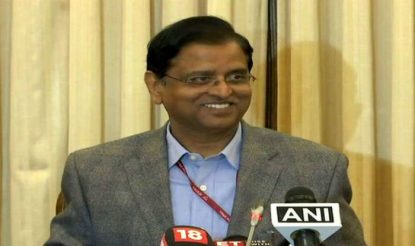 Subhash Chandra Garg, a 1983 Rajasthan cadre IAS officer, took charge as the Secretary, Department of Economic Affairs in July 2017. Earlier he was working as World Bank executive director for Bangladesh, India, Sri Lanka, Bhutan. He is tasked with overseeing major schemes/projects of the government, overseeing the expenditure management of the central ministries/departments, handling the bulk of the central budgetary resources being transferred to the states, among other duties. This budget his responsibilities was to incorporate schemes and ideas to bring the economy back on track. 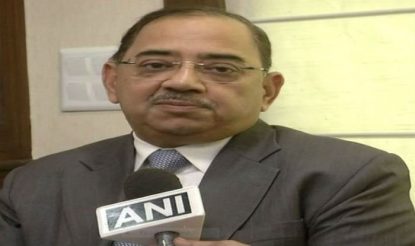 Neeraj Kumar Gupta, a 1982 batch IAS officer was given a task to manage the Central Government investments and coming up with innovative measures to raise resources through the sale of Central Government equity, winding up of loss-making companies and pushing for listing of subsidiaries of state-run enterprises. 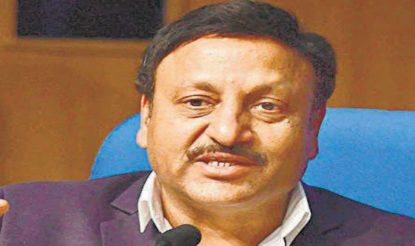 Currently, the Secretary in the Department of Financial Services, Rajiv Kumar, a 1984 batch IAS officer from the Jharkhand cadre, has been instrumental in bringing about many reforms in Indian bureaucracy. As the Special Secretary and Establishment Officer, Ministry of Personnel, Kumar brought in the online system of recording of bureaucrat’s annual performance appraisal report and a 360-degree system to assess the suitability of officers for senior level jobs. For this budget, he is tasked with sharing inputs for reforms for public sector banks and for finding innovative solutions for enhancing accessibility and reach for the insurance and pension sectors. 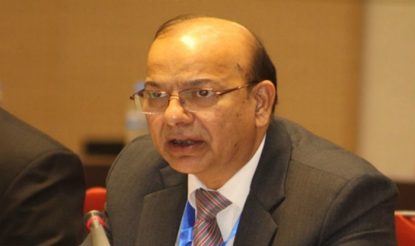 Ajay Narayan Jha, the Manipur cadre 1982 batch IAS was appointed as the Secretary, Department of Expenditure in October 2017. As a part of FM Jaitley’s budget team, Jha is responsible for controlling the Government’s spending and finding measures to reduce it.