The state government also stated that the strict social distancing, use of mask, hand sanitizers are must for staff and visitors to the banks.

New Delhi: Going in line with the Central government’s Unlock 3, the odisha government on Monday allowed normal functioning of banks in the state with 50 per cent staff for the month of August. Also Read - SAMS Odisha Plus Two Admission 2020: +2 Merit List Released Online at samsodisha.gov.in; All You Need to Know

Issuing guidelines, the state government said that due to the urgency of the delivery of the financial services to the people, financial institutions in the state are allowed to function with certain restrictions till August-end. Also Read - Banks Going to be Catalyst For Economic Revival at This Crucial Corona Time, Says Sitharaman

In the guidelines, the state government said that the public and private sector banks, RRBs, state co-operative banks and insurance companies will be allowed to function with 50% staff in large branches and full strength in small branches with less than 5 employees till August 31. Also Read - CHSE Odisha +2 Arts Results 2020 Declared: Check Your Scores at chseodisha.nic.in or Via SMS | Here's How 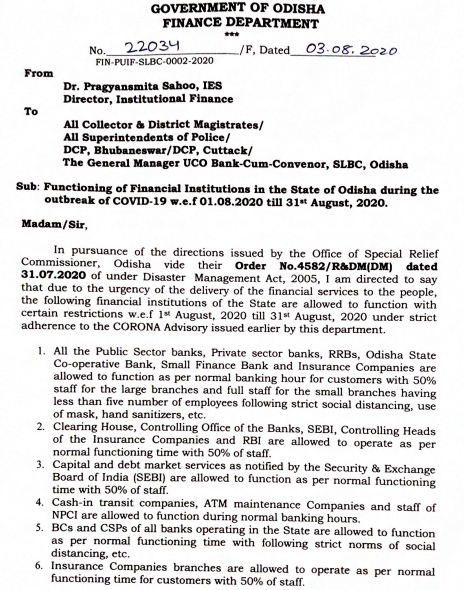 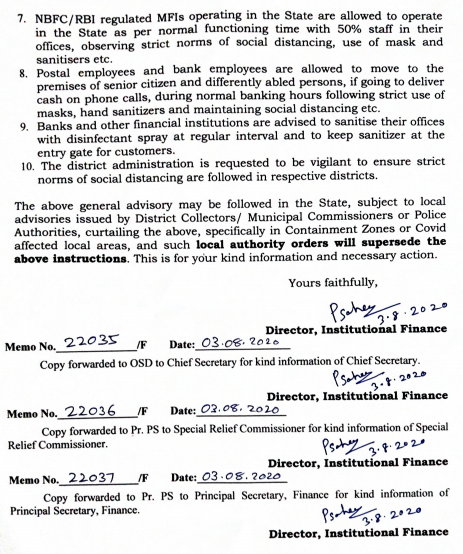 The state government also stated that the strict social distancing, use of mask, hand sanitizers are must for staff and visitors to the banks.

The state government in the guidelines further added that the Clearing House, Controlling Office of the Banks, SEBI, Controlling Heads of the Insurance Companies and RBI will operate as per normal functioning time with 50% of staff

The development comes as the death toll due to COVID- 19 in Odisha crossed the 200-mark on Monday with 10 more fatalities taking the total to 207.

At least 1,384 more people have tested positive for the disease, pushing the tally to 36,297. Of the new fatalities, three each were reported from Ganjam and Rayagada districts, two from Gajapati and one each from Kalahandi and Khurda.