5 reasons to move to the Roman Empire

The Roman Empire has been gone for centuries now. Here are a list of things we think that many free men would find most lucrative about moving to the Roman Empire. 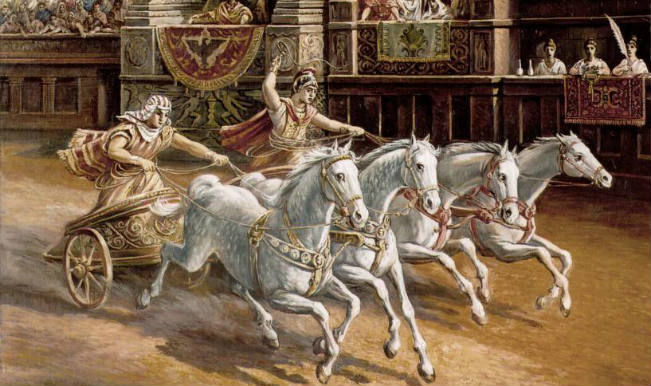 The Roman Empire’s been gone for centuries now, but what if it was still here? What would be the reasons for people to move to Ancient Rome? Well here are a list of things we think that many free men (nobody in ancient Rome cared about what women or slaves thought) would find most lucrative about moving to the Roman Empire:

1) Entertainment- The Roman emperors knew that by keeping their people busy with violent entertainment they would be able to do pretty much whatever they wanted. This holds true even today but at least the Romans usually didn’t have to pay to watch gladiatorial fights, it was all paid for by state. If you’re into blood sports like gladiatorial fights, animal vs human death matches or even animal vs animal fights you’d love the Roman empire, and for those of you who don’t have the stomach for fights to the death you could always go for a chariot race at the Circus Maximus. They also had theatres but we doubt that plebeians like you would enjoy it there. (Read: Top 3 Barbaric Entertainment of the Past)

2) Labour- In Rome you could legally own human beings. For a one time purchase and a little food and water each day, you could get a lifetime of service from another human being, and you could do whatever you wanted with them, they couldn’t ever go on strike or leave without permission. In the long run you’d have saved a fortune on hiring servants (who were free to leave whenever they wanted). While was ill advisable to mistreat them because after all they were your property, it didn’t stop many people from doing it anyway. (Read: 3 barbaric ancient practices that will make your skin curl)

3) Banquets- Roman banquets are famous, or rather infamous today. They were the epitome of gluttony with people eating several courses of exotic foods which they promptly vomited up so they would have room for more food. Who would have thought that of everything ancient Rome taught us, the one thing we retained the most is stuffing ourselves.

4) Public Baths- For those of you into that sort of thing, Rome had public baths for common people, so you could bathe with your buddies, what’s weird about that right? In many other cultures people weren’t fond of bathing, but the Romans loved it, the only downside was they didn’t change the water as much as you’d have liked them too.

5) Good Infrastructure- The Rome has great roads, continuous running water and several beautiful buildings, that’s more than you can say about many places even today.

(Disclaimer: We at India.com do not endorse blood sports, slavery, public bathing, pillaging or gluttony.)