Aamir Khan shared a picture on social media of him and his daughter Ira Khan.

The perfectionist of Bollywood Aamir Khan recently shared a picture on social media of him and his daughter Ira Khan where they are seen having some joyful time. In the picture, Aamir and Ira are in a playful mood and enjoying the father-daughter time. However, this picture did not go well with the netizens, and he was trolled for putting up a picture like this during Ramadan.

As soon as the picture was uploaded on his Facebook account, netizens started pouring obscene comments on the picture, and some also went to the extent to object on what Ira Khan is wearing.

Netizens posted some derogatory comments on his picture and started bashing him in the name of the religion. Several Facebook users shamed their relationship and even attributed some sexual remark on the father-daughter duo.

Check out the picture

Check out the comments 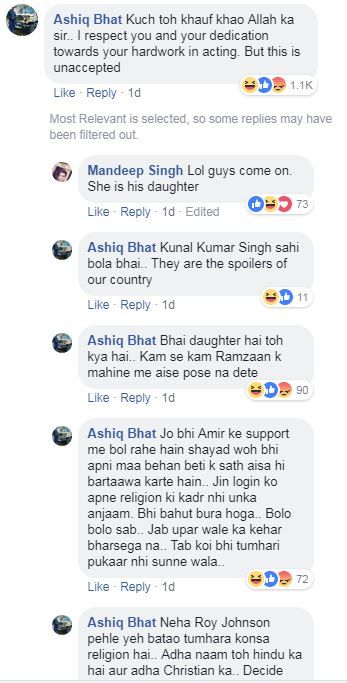 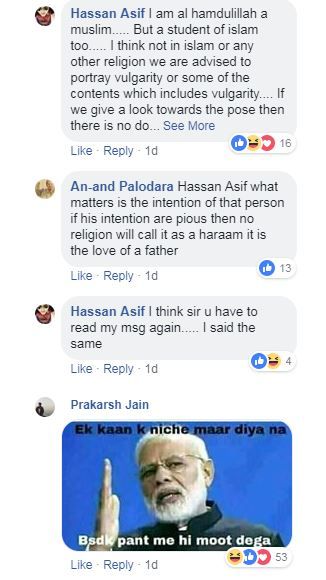 However, some Facebook users supported the actor and called the haters to be highly insensitive. 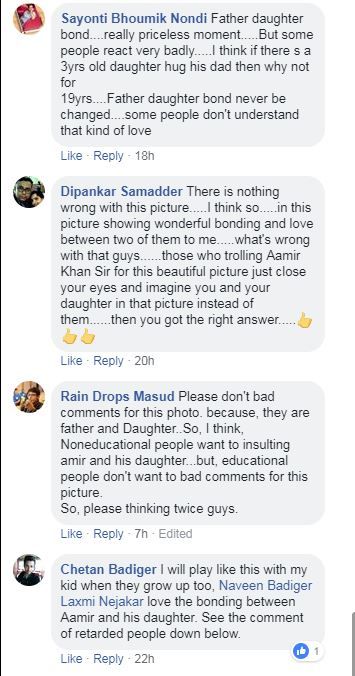 On the work front, Aamir is currently busy shooting for his upcoming film Thugs of Hindostan where he essays the role of a criminal. The film also features Amitabh Bachchan, Katrina Kaif and Fatima Sana Shaikh in prominent roles. The film is directed by Vijay Krishna Acharya.