Watch Anushka speak to Anupama Chopra in a candid interview where the actress opens up on existence of sexism in Bollywood, her relationship with cricketer boyfriend Virat Kohli and more. 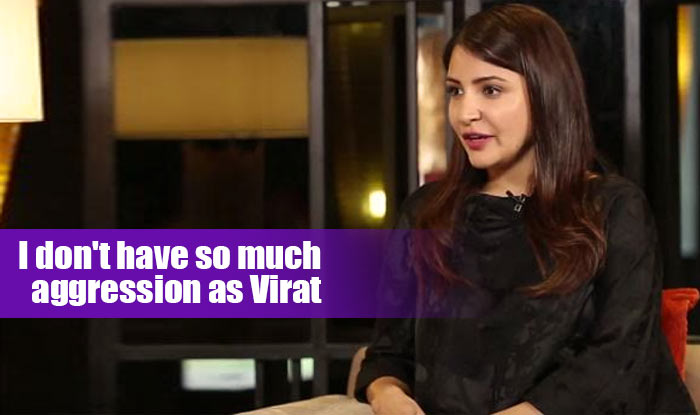 At the mere age of 26, Anushka Sharma is an established actor-producer, a feat which has not been achieved in the male-dominated cinema industry. But the gorgeous diva who never shies away from speaking her mind loves to grow and not someone who is chasing money or fame. In the candid interview done by Anupama Chopra on the occasion Anushka completing seven years in Bollywood, the lovely Ms Sharma made some startling comments related to the very much existence of sexism in the industry, about her equations with cricketer boyfriend Virat Kohli and much more.

When she made her debut in YRF’s Aditya Chopra directed Rab Ne Bana Di Jodi, Anushka immediately was seen as the next superstar. She followed it up with Band Baaja Baarat and many more. But there was still something that when highlighted by the actress in this video made the viewers ponder over the grim situation of existing discrimination in the B-town. Also Read: I’ve experienced sexism in Hollywood: Emma Watson.

Anushka said to a wide-eyed Anupama how an actor is given a better hotel room than a female actor. On the kind of roles expected from heroines in Bollywood is nothing more that of a prop. “Girls are just expected to be good-looking. Look nice and just be interesting enough for a guy to be interested in you in a film. Women doing films together – they only come together in a film when there’s a guy involved.” Also Read: Virat Kohli and Anushka Sharma’s PDA at Vogue beauty awards was too cute to miss!

Making her point clear on why the male actors can work as long as they want to while the actresses get work based on how ‘desirable’ they are. Anushka elaborated by saying, “Men can work as long as they want to even when they’ve aged. They’re still amazing and cool. And I have no problem with that. But why is that women are only okay when they’re “young and desirable”? There’s a sexual connotation attached.” Also Watch: Emma Watson UN speech video: Harry Potter actress endorses HeForShe gender equality campaign.

Adding further on being in the constant spotlight, Anushka said, “We both don’t want to become pawns. Our lives go on in our ways. It is hard for me, when I stand at the stadium and Virat doesn’t do well. I feel ‘Oh shit, Have I done something wrong?’. Initially it used to happen like that, but then later on I started directing the thoughts on the positive side. We both are very normal people and come from regular middle class family and without any help from anybody in our respective industries, we have reached where we are today. So there is lot of mutual respect between us.”