Judaai from Badlapur shows how Raghu (Varun Dhawan) reminisces the good old times he had with his wife (Yami Gautam) when she was alive. 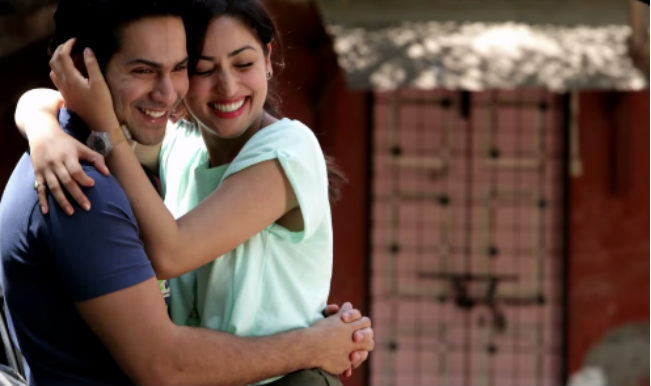 It seems Varun Dhawan starrer Badlapur is gonna have one of the best soundtracks of the year. The film’s makers have released yet another song – Judaai – that is a soulful number in Arijit Singh and Rekha Bhardwaj’s voice. The song Judaai shows how Raghu (Varun) reminisces the good old times he had with his wife (played by Yami Gautam) when she was alive. The newly released track from Badlapur shows how one feels when they are separated from the one they love, especially under tragic circumstances.

Rekha Bhardwaj and Arijit Singh’s singing touches your soul and hits the right chords right from the start. The lyrics have been penned by Dinesh Vijan and Priya Saraiya and the music is composed by Sachin-Jigar.

This Varun Dhawan starrer promises to have vengeance at its peak! The film also features Huma Qureshi, Nawazuddin Siddiqui, Divya Dutta and Vinay Pathak, who will be seen portraying important roles in the film.

Badlapur is an upcoming Indian action thriller directed by Sriram Raghavan and produced by Saif Ali Khan’s Illuminati Films and Dinesh Vijan’s Maddock Films. The film is scheduled for release on February 20, 2015.