According to reports, the thief broke into a government bungalow in Adarsh Nageen Nagar, however when there was nothing worthy to to steal, he left an angry note for the house-owner.

Indore: Well, when a thief barges into someone’s house late at night, but doesn’t find a single thing to steal, frustration and disappointment is sure to take over, right? The same happened in Madhya Pradesh’s Indore where a thief was left disappointed when he had to leave a house empty-handed.

According to reports, the thief broke into a government bungalow in Adarsh Nageen Nagar, however when there was nothing worthy to steal, he left an angry note for the house-owner.

Calling the owner ‘kanjoos’, he wrote in the note, “Bahut Kanjoos hai rey tu, khidki todne ki mehnat bhi nahi mili, raat kharab ho gayi (You are such a miser, I did not even get a reward for breaking in through the window, my night was spoilt)”. 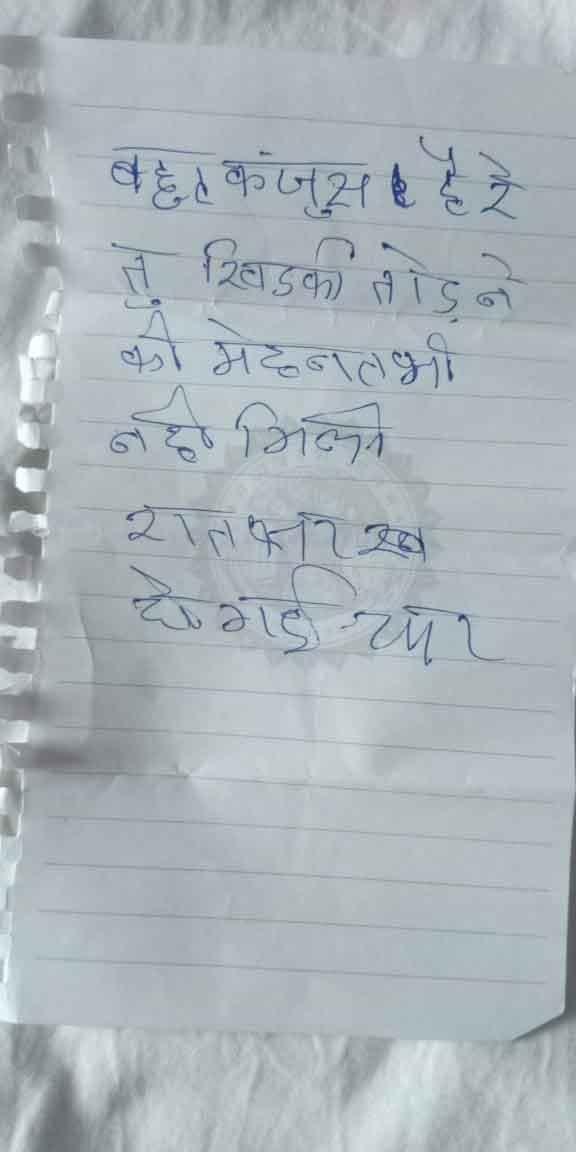 According to The Times Of India, the bungalow belongs to Parvesh Soni, a government engineer who was not at his home at the time of the attempted robbery. The thief had written the hilarious note in Soni’s diary, which was left opened on the coffee table and was found by his servants on the morning of December 5.

After the note was discovered, Soni called the police who found the the closets and cupboards forced open with clothes and other valuables scattered around.

Meanwhile, the note, which has become talk of the town, has been sent to a handwriting expert, and police is looking at surveillance camera footage.