What if there was a ‘beauty patch’ that you could attach to your skin, and instantly feel better about how you look? Most women in the world today would crave for such a product. This very desire forms the core of Dove’s latest advertisement. 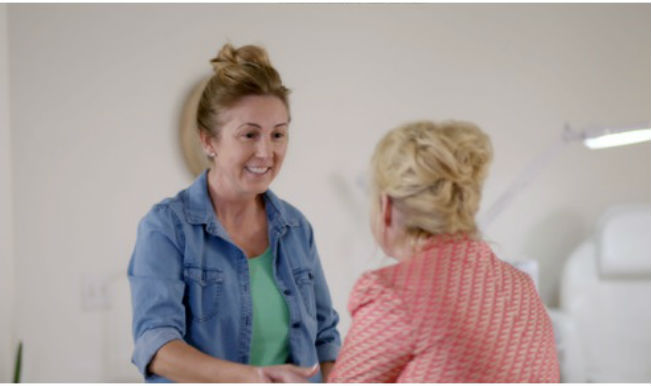 What if there was a ‘beauty patch’ that you could attach to your skin, and instantly feel better about how you look? Most women in the world today would crave for such a product. This very desire forms the core of Dove’s latest advertisement.

The company has previously hit the spot with their brilliant viral video called ‘Real Beauty Sketches’ which released last year. It was viewed by millions and shared across all platforms.

The new video is an attempt to recreate the impact that the former ad did. The advertisement centers around women who are given beauty patches to be worn for two weeks, before telling them that the patches were placebos.

The advertisement is part of a new marketing campaign for Dove. It begins with Ann Kearney-Cooke, a psychologist and body image specialist who wishes to conduct a simple experiment. She gathers some women and presents them with the “RB-X” patch. According to her, this was a beauty patch which would enhance the way a woman perceived her beauty. After giving the patches to the women, she asked them to keep a video diary for two weeks, and record any changes that they felt while wearing the patch.

So how did each woman feel when she wore the patch? Well, in the ad’s final spot, all of them agreed that the patch made them feel more confident in themselves. This new found confidence had a positive influence on their choices and behaviour.

However, what the women don’t know is that the beauty patch is a mere placebo. It never worked to begin with. Any change in attitude towards the world and oneself, or a positive change in one’s behaviour was thus not the work of the patch, but simply the change in mindset of the woman wearing it.

Towards the end of the video, the psychologist meets each woman individually and hands them a paper containing the contents of the beauty patch. The paper is blank. The women then realize that there was nothing in the patch.

The women react positively, yet emotionally. Some begin to smile and then laugh, while some tear up, and some women do both. The women all expected there to be some contents to the patch, and were visibly shocked when they realized that there were none, and that they had helped themselves on their own.

Despite controversy over the authenticity of the women used in the ad, Dove insists that they were not actresses. According to the company, the ‘real’ women were asked to audition for an undisclosed documentary. Then the women were presented with the experiment, which invited them to wear a patch which would make them feel more ‘beautiful’.

The ‘Dove Beauty Patch ad’ proves that women do have the power to lift themselves up entirely on their own. In this sense, the ad is empowering. The ad also makes them focus on their positive aspects, and tell them that they can be whatever they desire.

However, the ad did have its drawbacks. The most prominent one was the fact that the women went through an experiment. The process of the experiment suggested that the women were being manipulated to believe that their lack of confidence could be cured with a patch. Even worse, when the psychologists tells the woman that the patch is a placebo, the ad suggests that within two weeks of believing in yourself, you can gain confidence. This is not true. Further, the ad campaign was less about positive thinking, and more about Dove teaching women. It gave off the notion that women need to be educated by the brand on how to increase their self esteem.

The new Dove ad has received its share of negative publicity, with news articles accusing them of portraying women as gullible. Further, there was not one woman participant who reacted negatively when she realized that the patch was fake. However, the company said that the campaign sought to communicate that the right state of mind could “unlock a powerful feeling of beauty that lives inside all women”.