Around 15 crore workers have taken a day off to purse for their demands. 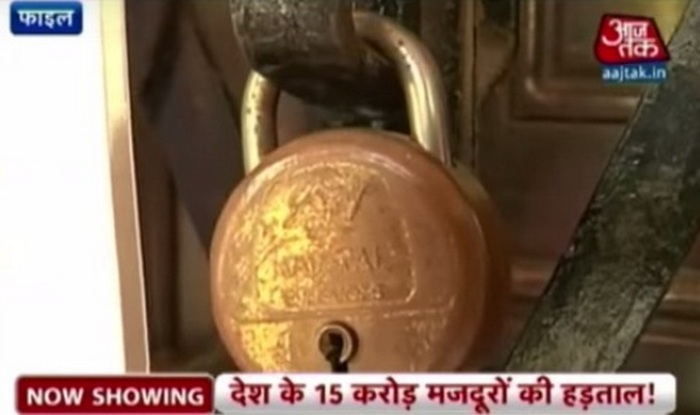 A ‘Bharat bandh’ or nationwide strike in India was called by 10 major trade unions on September 2, as a result of which around 15 crore workers of various essential services have taken a day off. The strike was called after talks with Finance Minister Arun Jaitley broke down for certain changes in labour laws and also to not sell off stake in state-run companies to private parties.

Major cities in all states of the country are affected because of the Bharat bandh that shall go on till 6 pm IST on September 2. Since morning, very few number of buses and autorickshaws are plying on roads in Maharashra, Telangana, Kerala and Goa. In Bengaluru, schools and colleges are shut because of the strike.

This Aaj Tak video shows how the trade union strike has affected the essential services in India. Not just financial and transport services, even the post office and electricity boards could be shut, says the report.

The only two major trade unions that have pulled out of the strike are the Bharatiya Mazdoor Sangh and National Front of Indian Trade Unions, which are backed by the ruling Bharatiya Janata Party (BJP). Watch the video to know more.