Bhojpuri superstar Pawan Singh and hot bomb Akshara Singh’s song Locker Me Jawani from the film Maa Tujhe Salaam is a rage on the Internet. The peppy dance number featuring Akshara’s sexy moves has crossed 4 Lakh views on Youtube. In the song, the sizzling chemistry between the on-screen couple Pawan and Akshara is taking the Internet on fire. The song shot in London is a lively dance number laced with romance. Akshara is donning a beautiful blue short dress whereas, Pawan can be seen in a red and yellow shirt.

Along with being a fantastic actress, Akshara Singh is also a good singer. She enjoys a huge fan following and keeps treating fans with her wonderful pictures. She is known for her energetic stage shows. She never fails to mesmerise the audience with her killer looks. She started her career with TV shows. The actress made her debut in Bhojpuri cinema with Satyamev Jayate alongside Ravi Kishan and then went on to feature in many hit movies. 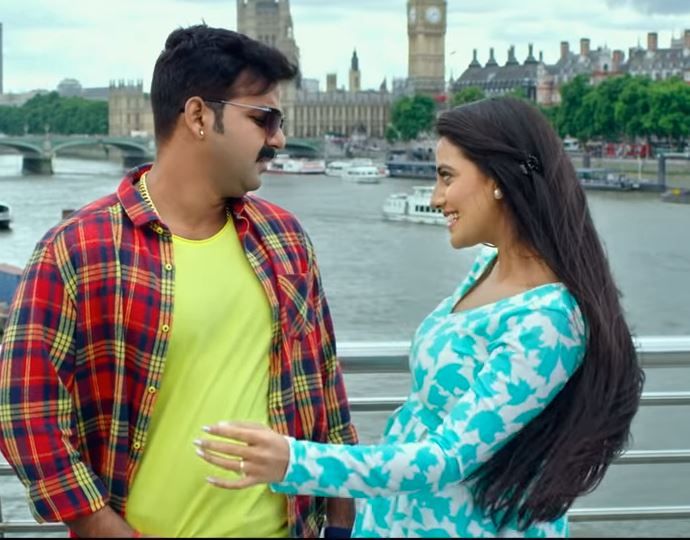 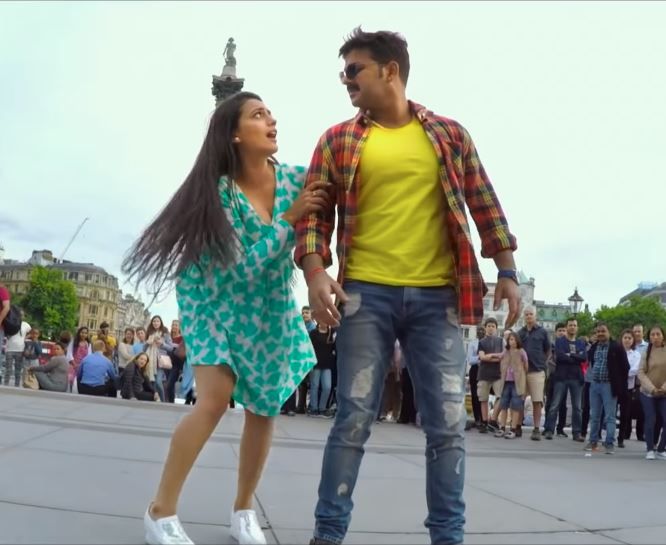 Maa Tujhe Salaam, a patriotic film that released on August 10 got a bumper opening. Penned and directed by Aslam Sheikh, the film is one of the most successful films of the year.

Recently, Akshara Singh has recently released her ‘Kanwar’ songs and people have loved it. Her album ‘Bhag Jaib Sasura Se’ has garnered 992,790 views on YouTube so far. The diva started off her career with TV serials before venturing into Bhojpuri films. She has starred in almost 50 movies as of now. Her on-screen pairing with superstar Pawan Singh is loved by the audiences. They will be seen in ‘Mental Raja’ together.