Monalisa's sensuous picture in Monokini is hard to miss.

Bhojpuri actor and Nazar fame Monalisa aka Antara Biswas is one of the hottest television actors in the industry. From her saree looks to her hot bikini looks, she never misses impressing her fans and fashion police with her sartorial choices and sultry looks. Taking to Instagram today, she has shared her photos in an olive monokini teamed up with multi-colour scarf around her waist. With subtle makeup, perfect eye makeup, kohl in eyes and a dash of lipstick, she looks her sexiest best in monokini.

Earlier, she has shared her picture from the set of Nazar performing an action sequence. Clad in a gorgeous print royal blue saree, she teamed up her look with perfect makeup, a pair of earrings, bindi, backless blouse and a dash of bold red lipstick. Climbed on top of the car, the pictures will leave you excited for the show. 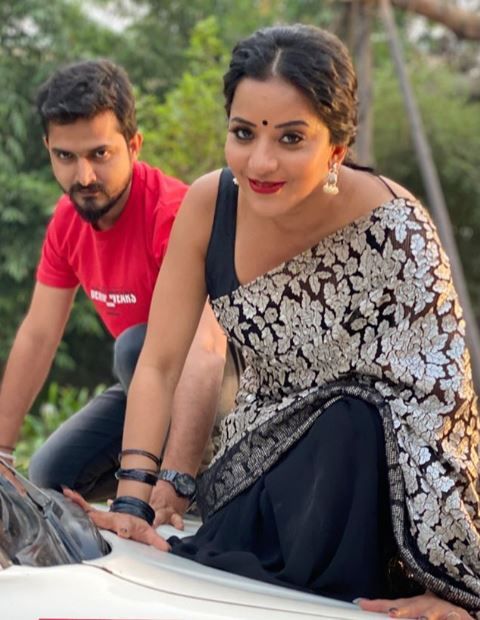 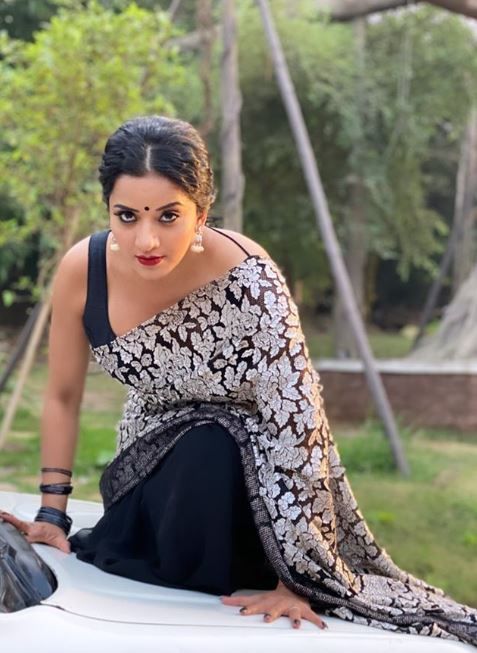 A few days back, she uploaded her picture clad in a sexy black bikini teamed up with a floral red shrug, subtle makeup and hair kept natural. Striking a sensuous pose near a Jacuzzi, she looks hot, as always.

Meanwhile, on the work front, Monalisa is being featured on Gul Khan’s show Nazar where she is playing the role of an antagonist Mohona. Her role brings new twists on the show and keeps the audiences glued to the TRP charts. Apart from Nazar, she is also being featured on the new show ‘Movie Masti With Manish Paul’. She has also roped another show under her kitty named ‘Apna News Ayega’ which will be aired on Sab TV.