Hina Khan is not just a fashionista but knows how to ace every look with perfection. The former Bigg Boss contestant, who currently plays the role of Komolika in Kasautii Zindagii Kay has been in the news for a good reason. Her Instagram account is loaded with workout pictures, videos and fabulous fashion outings. Today, the actress took to her Instagram to post some pictures of her intense workout session. As per the post, it looks like she will be looking much hotter after more perfectly toned body. She is donning a pink sports bra paired with multi-colour sports pants.

Nowadays, Hina Khan is on a roll with her latest stint in Ekta Kapoor’s show. The sexy and witty character of Komolika has now added to her growing popularity. On the 17th anniversary of Kasautii, since the original series aired, Khan’s character was introduced yesterday (October 29) in the reboot. With her stylish walk and killer expressions, the gorgeous lady just made her place straight into our hearts and it’s hard to imagine other actress doing justice to this role. It looks like, she is all set to look sexier for her new role. 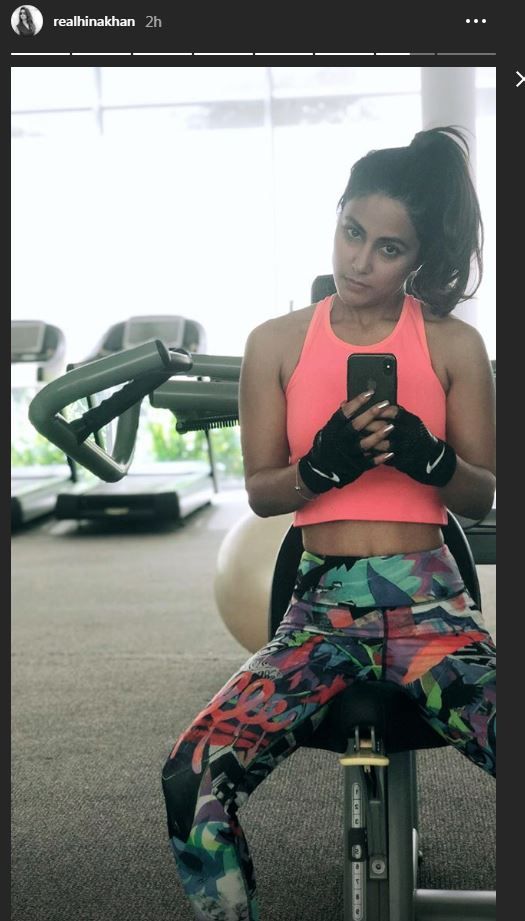 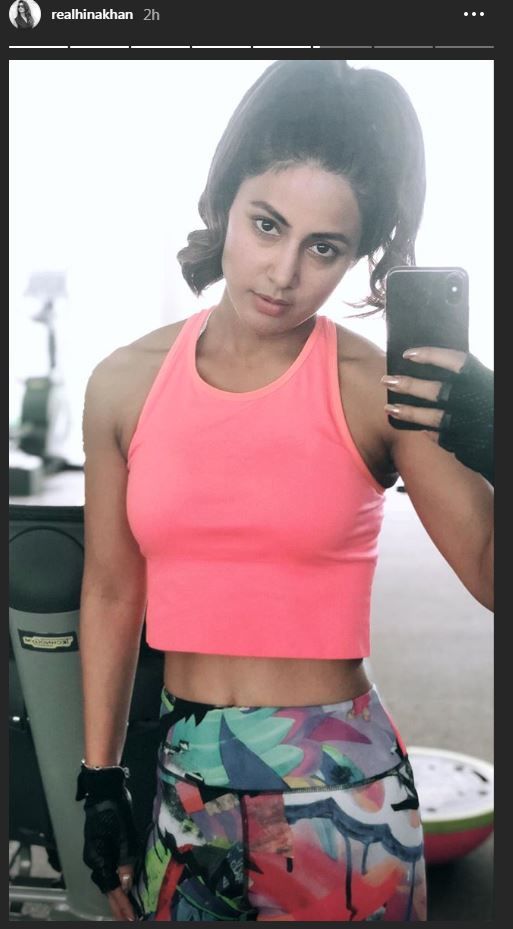 Kasautii Zindagii Kay is the reboot version of Ekta Kapoor’s popular show. It features Parth Samthaan and Erica Fernandes as Anurag–Prerna. The show hasn’t been able to do much for the channel when it comes to TRPs. Looking at the craze that people have for Hina, chances are high that Kasautii Zindagii Kay will perform much better.

Hina played the role of Akshara in Yeh Rishta Kya Kehlata Hai for almost nine years. After leaving the show, she participated in Fear Factor: Khatron Ke Khiladi 8. She also entered Bigg Boss 11 house. Hina ditched her sanskari bahu image and emerged as the fashionista during the show. The actress gave tough competition to other contestants. However, she couldn’t win the Salman Khan-hosted show. After coming out, she featured in a music video, titled Bhasoodi. It became a huge hit. The song was sung by Sonu Thukral while its lyrics were written by Preet Hundal.