Bigg Boss 13: Netizens want Sidharth Shukla and Asim Riaz to get out of the house because of their ugly fight during the captaincy task.

Bigg Boss 13: On Wednesday, during the captaincy task BB Junction, Asim Riaz and Sidharth Shukla once again got into a fight. Not just vocally, but two had a physical fight too. Shukla pushed Riaz and there started the war. For the uninitiated, a train installation was set up in the garden area along with baggage lockers. Each contestant was allotted a bag with their name that was placed in the baggage locker. On every buzzer, the participants had to rush to the locker and pick up one bag each of another contestant who they wanted to save or disqualify.

During the task, the garden area turned into a battlefield and as soon as the first buzzer rang, Sidharth Shukla and Asim Riaz got into an ugly fight with each other while fetching the bags. Now, many fans have come out in support of Asim and Sidharth. Shukla fans are using #EvictHatemongerAsim on Twitter and Asim fans are spreading #EvictHatemongerAsim all over social media. 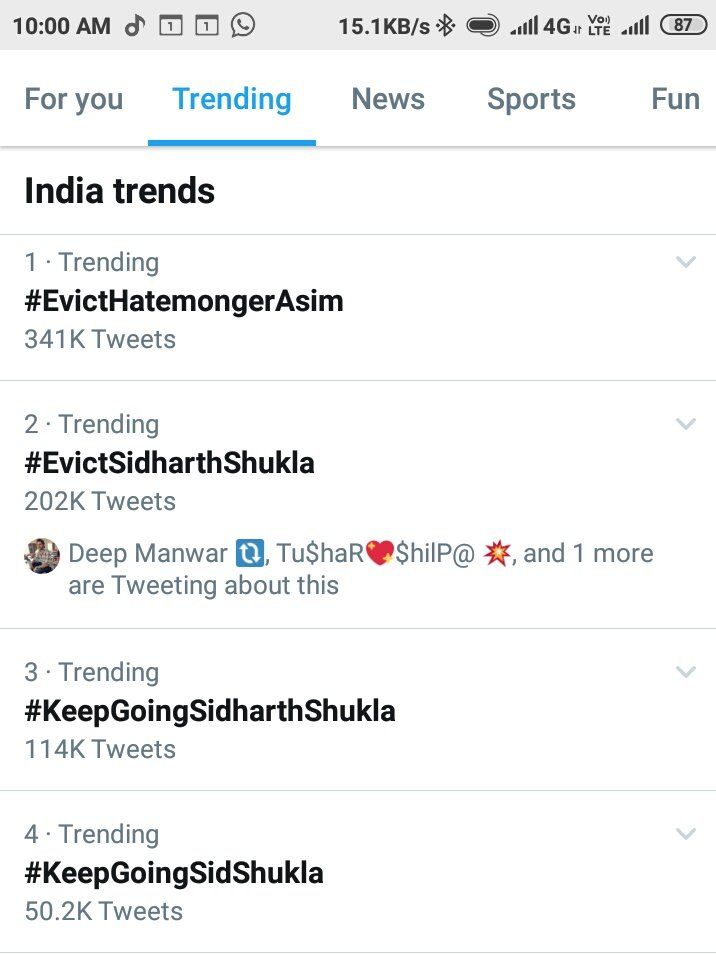 Check out some of the tweets below:

We Stand With Loyalty.

I’m happy if he has left for medical reasons as he’s not getting proper food and rest in BB house! Those vultures are leaving no chance to hurt him. Come back stronger! BB is nothing without you!❤💋😭#KeepGoingSidharthShukla#KeepGoingSidShukla#EvictHateMongerAsim pic.twitter.com/1IeHQ7xaTP

Every contestant pushed each other

Many fans have applauded Sidharth for this act and want Bigg Boss to evict Asim.