Dressed in a pastel pink ensemble, Hina sets the stage on fire with killer dance moves

Bigg Boss former contestant and popular television actress Hina Khan is on a roll. She is making appearances on television shows and is also rumoured to play the role of iconic character Komolika on Ekta Kapoor’s television show Kasautii Zindagii Kay. Earlier today, she took to Instagram stories to share her picture in a pastel blue dress. She has accessorised her looks with kohled eyes and studded long neck piece. The neat tight hair bun and shimmery makeup are giving an edge to her entire outfit.

Not only the picture but what is grabbing the limelight is her video that has taken the Internet by storm. Earlier, there were speculations that Hina Khan and Jennifer Winget will come together and share the screen space in popular show Bepannaah. Now, the video of Hina performing on Zoya’s wedding ceremony is going viral. In the video, Yeh Rishta Kya Kehlata Hai actress is flaunting her dance skills on popular track Khwab Dekhe from the film Race. Dressed in a pastel pink ensemble, Hina sets the stage on fire with her hot latke jhatkes. 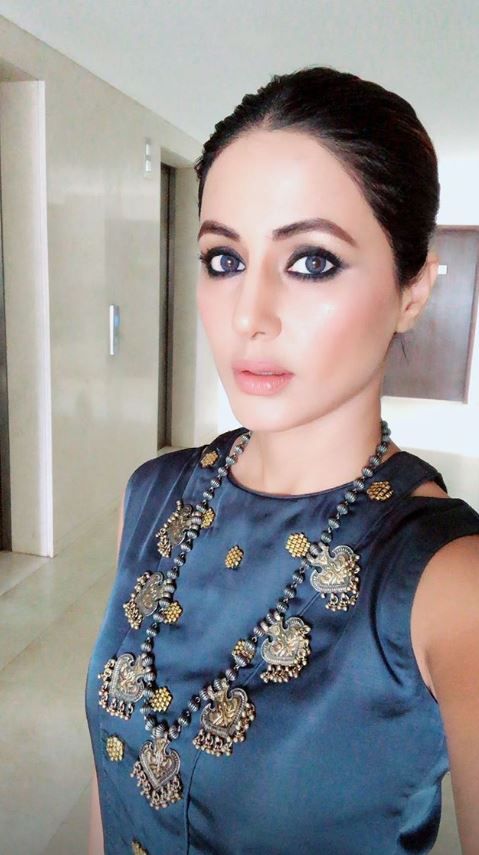 On the work front, speculations are rife that Hina Khan has not signed the contract for Ekta Kapoor’s upcoming television show, Kasautii Zindagii Kay reboot. Rumours suggest that the actress will be seen playing the role of Komolika in the popular show. Not only this, she is reportedly getting Rs 2.25 lakh per episode. However, nothing official has been announced on the same. Ekta Kapoor’s reboot show is all set to begin from September 25.

Hina Khan played the role of Akshara for almost eight years in Star Plus’ show, Yeh Rishta Kya Kehlata Hai, and then went on to participate in Salman Khan’s reality show, Bigg Boss. The actress tried hard but couldn’t win the show and was defeated by Shilpa Shinde in the grand finale.