Remember the singer who sang Lata Mangeshkar's Ek Pyar Ka Nagma at a railway station and became an overnight sensation? The same Ranu Mondal speaks about her life, how she didn't live on a footpath always and how everything went tragic,

The viral internet sensation, Ranu Mondal, has proved luck and destiny exist. Now, in her first interview after receiving immense love for her singing skills, Ranu reveals her life story and how one thing led to another. The 60-year-old singer recently recorded two songs for popular music director Himesh Reshammiya, and other songs in Delhi and West Bengal. Talking to IANS, she revealed that she was born in an affluent family but got separated at a very young age that changed her life forever.

Ranu said, “I wasn’t born on a footpath. I belonged to a well-to-do family but it was my destiny. I got separated from my parents when I was just six months old.” She added her life is full of highs and lows and this is not the first time she’s getting to know the nuances of the film industry. Ranu revealed that she and her husband used to work at late actor Feroz Khan‘s house years back. She said, “We shifted from West Bengal to Mumbai after marriage. My husband worked at filmstar Feroz Khan’s house as a cook. His son Fardeen was in college at that time. They used to treat us very well, like family members.”

Before coming to Mumbai, Ranu revealed she used to live with her grandmother in West Bengal but time changed and she was left alone. “We had a house but you know you need people to maintain it. There were so many days of loneliness. I struggled a lot but always believed in God. I used to sing according to situations. It wasn’t to get singing opportunities, just for the love of singing,” she said. 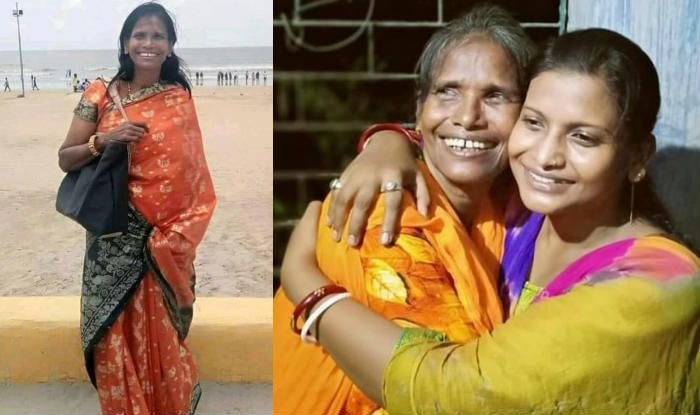 She went on to say she learnt singing from Lata Mangeshkar after listening to her songs on radio and cassettes. Ranu recalled that life was still stable in Mumbai with her husband and she remembered watching Jackie Shroff’s Hero (1983) in the city. However, her life was disturbed again and she had to return to West Bengal once again.

Now, she said she feels glad that her fame could help her reunite with her daughter. Ranu mentioned she wants to try her luck in Bollywood by continuing to sing. She wished for a house and said, “I am very happy and feeling great. I have already recorded five to six songs. The thing is, music facilities in Mumbai mean a lot to me. They are important. To commute to and from my home to Mumbai on plane is also difficult. It would have been good had there been a house in Mumbai. But I don’t have to think about it. God is there.”

Earlier, reports were rife that actor Salman Khan has gifted a house to Ranu in Mumbai, however, the singer denied the claim.