Kevin Pietersen and Chris Gayle embark on a challenge to find out who hits the longest six! There is only one winner...Find out who! 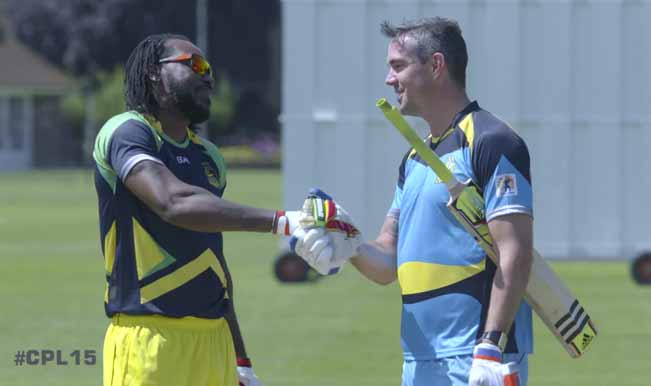 The Caribbean Premier League (CPL) 2015 is set to commence from June 20 with six teams featuring in the third edition of the T20 tournament. West Indies star batsman Chris Gayle will captain the inaugural champions Jamaica Tallawahs, for the third season on the bounce. The 35-year-old left-handed batsman’s ability to clear the ball beyond the ropes with ease is quite known; given his feats in the Indian Premier League.

In the most recent edition of IPL, Chris Gayle became the first and only player in the history of the tournament to score more than 200 sixes. His current total stands at 230 and the longest of them all came against Pune Warriors back in 2013, when he slammed Ali Murtuza’s delivery to a staggering 119 metres.