Here is how the B-town actress indeed expressed her frustration over media and said that she was badly misquoted to a great extent. Watch the video below to know about what exactly Deepika stated. 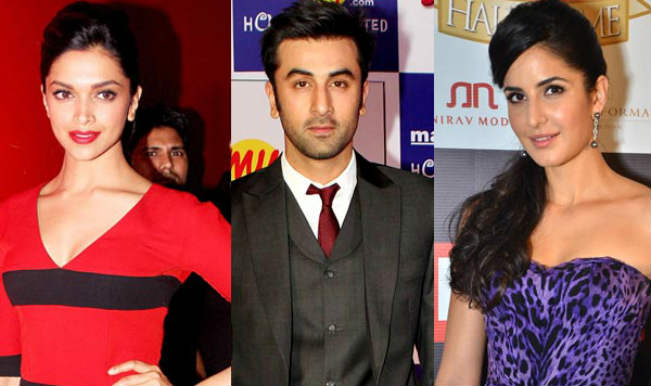 Deepika’s ‘reported’ advice to Katrina Kaif  not to marry her former beau Ranbir Kapoor was lapped up by the mango people after a tabloid reported this. While the ‘funny behind-the-scenes video’ advice at Star Guild Awards was just a joke, many stories started doing the rounds after it came out. (Read:OMG! Deepika Padukone wishes Ranbir Kapoor and Katrina Kaif on the duo’s alleged engagement)

The Chennai Express girl was visibly upset when she was asked to comment on the reported event. “I am not answering this question as one of your friends misquoted me on this,” was her reaction which virtually killed the next big news for the next day. But Deepika has learned how to deal with media after her cleavage controversy, so her reaction was on expected lines.

Just to be sure she meant nothing else, Deepika tweeted and wished the couple all the best.

“If it is indeed true (engagement), then I wish Ranbir and Katrina all the best.” – Deepika Padukone

What actually happened in the video: Deepika was part of behind-the-scenes video, wherein she was asked if she were to be Katrina Kaif what her New Year resolution would be. To which the lady replied “If I was Katrina Kaif, I would marry Ranbir.” Unfortunately a different version of story came out. What do you think about Deepika’s statement which is quite trending since some time? Has Deepika truly moved on in her life or is Deepika Padukone still in love with the chocolate boy Ranbir Kapoor?

Watch the video below to know about what exactly Deepika stated.