Lt. Col (retd) Satyendra Verma set a new record as he performed India’s highest base jump from the 56th floor of a building in Noida, a height of 600 feet.

Our Indian Army soldiers are a class apart; they are bravehearts and men of immense courage, bravery and integrity. They battle extreme colds and blizzards to defend our border in Siachen and face immense danger during ceasefire violations by our neighbours. Away from home and family they sacrifice their peace of mind and their lives to keep us safe and secured in our houses. The stories of their immense courage never cease to amaze us. Only recently a team of four Indian Army personnel successfully climbed Mt Everest without using oxygen cylinders, thereby becoming the first team to scale the world’s highest peak without supplementary oxygen. In another daredevil act ex-Army officer Satyendra Verma pulled off a spectacular account to his name. On June 24, 2017 Lt. Col (retd) Satyendra Verma set a new record as he performed India’s highest base jump from the 56th floor of a building in Noida, a height of 600 feet.

The building from where he made the jump is known as the tallest building in Northern India. He successfully performed the jump from the height of 600 feet from the building. Satyendra Verma has performed over 2400 skydives, 350 Wingsuit Jumps and 54 Base Jumps over the course of his life. Lt. Col. Satyendra Verma is from the small town of Meerut and has jumped skyscrapers like 450 feet Doordarshan TV Tower in India, a telecom tower at Kual Lumpur in Malaysia and the Perrine Bridge in the US. Base jumping is more dangerous than similar sports such as skydiving from an aircraft and is known as an “extreme sport”. Not everyone will be able to do base jumping because the criterions are pretty stringent. Not only personal fitness or athleticism but reaction time, coordination and balance are necessary for a person to undergo base jump. Man jumps off a balcony wearing a parachute, he bought online, woman and child cries on his idiocy (Watch video) 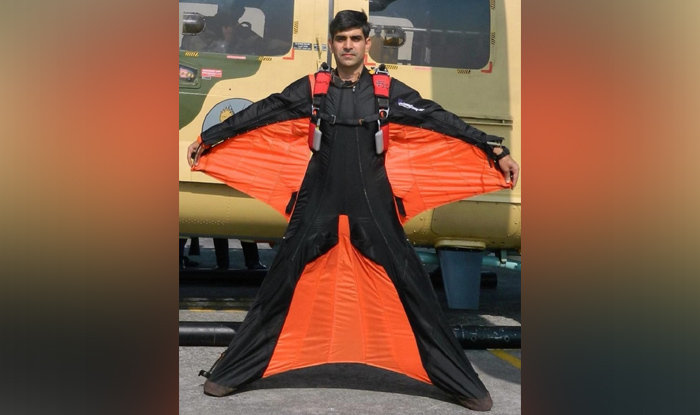 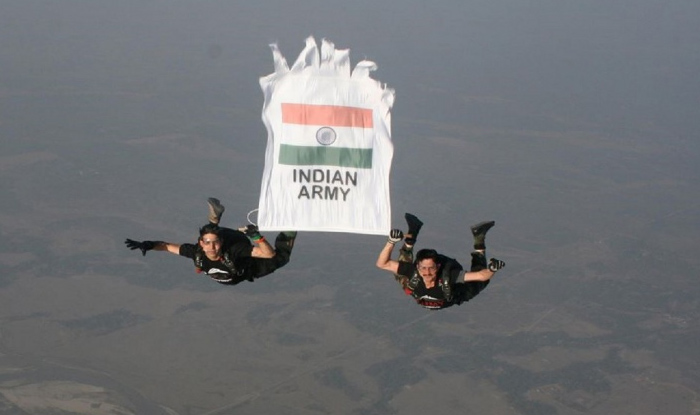 Watch his 600 ft base jump in the video below:

Satyendra Verma is a pioneer in India when it comes to base jumping, wingsuit flying and skydiving and hopes to bring these adventure sports to the country soon so that more and more people can try it. Satyendra Verma has been awarded the National Adventure Award from President Pranab Mukherjee. This award is equivalent to Arjuna Award.