Father's Day 2019: Google signifies the bond of fatherhood with an animated doodle as the world celebrates the special occasion on June 16

A father and his sacrifices often go unnoticed maybe because our big and strong men are not really strong enough in being vocal about their emotions but this does not make them any less nurturing as a parent. Highlighting their importance, the world celebrates Father’s Day every third Sunday of June except Austria which marks the day on the second Sunday of the month. Joining in on the celebrations, search engine Google, in its signature style, curated an adorable animated doodle to mark the occasion.

The three slides show a grey coloured father duck, looking after his six ducklings, two blue, two red, one yellow and one green. While the first slide shows the father duck looking on haplessly as the little ducklings created a ruckus, one even jumping on his head. The next slide shows daddy playing hide and seek with his babies and the following slide shows him blowing them into bubbles that make them rise in the air, only to pop later and make them fall down signifying the support that all our fathers are in life, pushing us upwards and keeping us protected until life happens and our fantasy bubble is burst without them. If the doodle doesn’t make you go “awww”, we wonder what will. 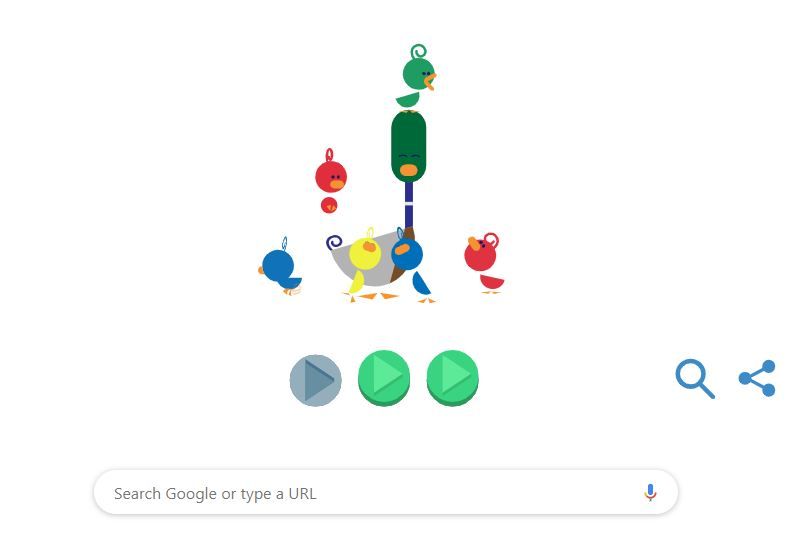 Meanwhile, it is believed that the day was started by an American woman who was raised by a widower. Sonora Smart Dodd was born in Sebastian County, Arkansas in 1982, and her mother died when she was only 16. It was Dodd’s father, William Smart, who raised her and five brothers after their mother died. While Father’s Day celebration in Europe dates back to the middle ages and is observed on March 19, the US observance of Father’s Day began only in the 20th century. The observance of Father’s Day began in the United States to celebrate male parenting and was complementary to the Mother’s Day celebration. Father’s Day celebration spread around the world on the United States Date but it took a lot of time for this day to be as important as Mother’s Day, which is celebrated on the second Sunday in the month of May. In fact, the first attempt to celebrate father’s day was actually turned down by the majority of people and it took a few years for the trend to catch on and spread.

Fathers are often known as our first inspiration, our own superheroes without a cape and Father’s Day gives us the perfect occasion to celebrate and honour the sacrifices that he has made for our betterment.