Female genital mutilation: What is FGM? Know more about the brutal practice

Here's a look at why FGM is practiced and the health problems it causes to women. 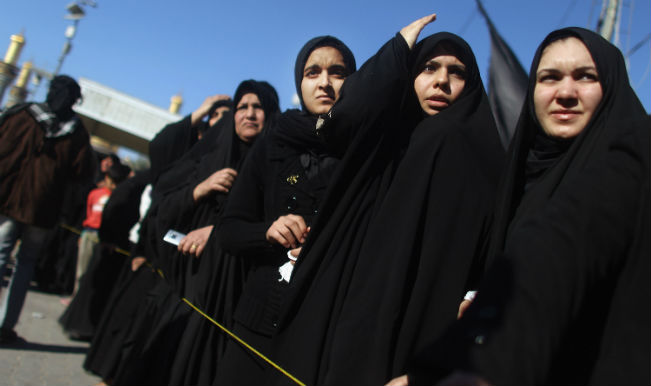 Two days after the UNICEF’s Girl Summit on Female Genital Mutilation (FGM) was held, Islamist group ISIS has ordered female genital mutilation to be carried out on all women in Iraq between the ages of 11 to 46. The Jihadists issued a fatwa to order the brutal procedure on the women of Mosul. This decree issued by the Islamists could affect around four million women.

What exactly is FGM?

Female genital mutilation is a human rights violation of girls and women. The procedure involves removing part or all of the clitoris, the entire removal of the outer lips around the vagina, or infibulation, which is the narrowing of the vaginal opening by creating a seal using skin from the labia.

Why is FGM practiced?

The sickening ritual is practiced in some African, Middle Eastern and Asian communities in the belief that it prepares girls for adulthood or even marriage. There are varied range of reasons as to why it is practiced. Say; to control a woman’s sexuality. It is assumed that having done FGM, it reduces a woman’s sexual desire and so lessens the temptation to indulge in extramarital sex.

There is also an outdated belief that female genitalia are dirty, so unmutilated women are considered unclean and are not allowed to handle food and water. On gender-based factors, it is considered essential in order for a girl to become a ‘complete woman’. Also, there are some religious excuses for the inhuman procedure for non-medical reasons.

Does FGM have health benefits?

FGM is performed mostly by traditional midwives and it has no health benefits! It only poses health risks to women including severe bleeding, problems in urination and persistent urine infection, chronic vaginal and pelvic infections, cysts and formation of scar tissue, and problems in pregnancy leading to newborn deaths.

FGM also has severe repercussions on the mental health of a woman.