Ferrari IPO: The Italian supercar maker to split from Fiat-Chrysler in 2015

Ferrari, the prancing horse, is a dream of many to own a supercar with the beautiful silver horse emblem on it but more us mere mortals, it is but a dream. Very soon, you can own a part, how small 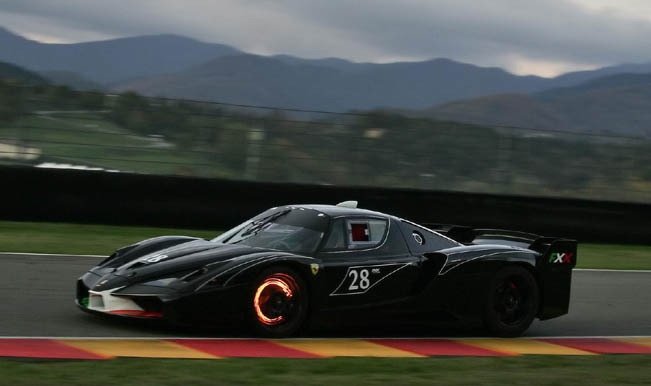 Ferrari, the prancing horse, is a dream of many to own a supercar with the beautiful silver horse emblem on it but more us mere mortals, it is but a dream. Very soon, you can own a part, how small or big depends on your bank balance, as the Ferrari company is splitting from its parent company partnership of Fiat and Chrysler as FCA has announced that Ferrari would be open to ownership of upto 10 per cent in New York while 90 per cent of the company’s stake will be split up proportionately among the current investors. According to Sergio Marchionne, the man who matters at FCA, said that Ferrari and their alliance needs to discover ‘separate paths’.

The open market to own a piece of Ferrari will make it easier for the FCA and Ferrari to settle debts and also raise a lot of money for future endeavors. FCA also revealed that they aim to raise $2.5 billion by putting up bonds for sale so that they may achieve their goal of manufacturing seven million cars by 2018 which is a more than 50 per cent jump from the number of cars that the alliance made in 2014.
FCA and Ferrari split up is not the worst thing in the world, it is a positive move which will make Ferrari free from all the unnecessary merchandise that the parent company sold to make almost 20 per cent of their sales. It maybe required to keep the company afloat in difficult times but it spoils what makes a supercar maker do what they do best, make supercars.

Investors are happy at the option of owning Ferrari in the hope that one of the most popular names in the automotive industry will always keep them liquid and the shares will be coveted as soon as the market issues the announcement of open trading. The announcement of a 2015 split has given a boost to FCA’s shares which is a very positive message from the investors for both parties.