The recent Sydney Seize victims Tori Johnson and Katrina Dawson were paid tributre in the form of a floral display on the pylons of the bridge. 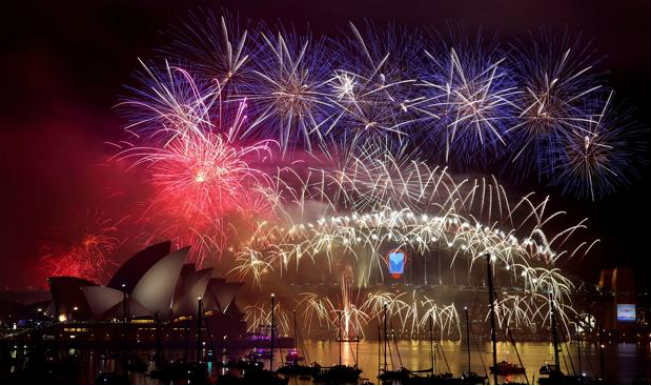 Shout your lungs out to wish everyone a Happy New Year 2015! This excitement of the New Year began with the spectacular and breathtaking show at the Mrs Macquarie’s Chair in Sydney. The picturesque lighting of the Harbour Bridge looked straight out of the Disney movie as the 12 minutes fireworks drew the wide attention from all around the globe. The Sydney Harbour Bridge centerpiece displayed the multicoloured lightbulb, symbolising inspiration.

Sydney became the focal point of the earth, reinstating its status as the popular international city of the world as thousands of people gathered in the alcohol-free zone under the south pylon of the Harbour Bridge to welcome the New Year 2015. On the New Year’s Eve, more than 1 billion people across the world watched the crackling show on television and it has been estimated that around 1.6 million individuals have marked their presence around Sydney Harbour to view the celebrations.

This entire display has cost $7.2 million making it one of the most expensive and spectacular events in Sydney’s calendar. The show included $750,000 just on the fireworks, which included 11,000 shells, 25,000 shooting comets and more than 100,000 individual effects. Seven tonnes of fireworks were set off over the course of New Year’s Eve in Sydney which is one of the first cities to see in 2015 after the Solomon Islands, a small part of Russia and New Zealand, among others.

The recent Sydney Seize victims Tori Johnson and Katrina Dawson were paid tributre in the form of a floral display on the pylons of the bridge. Touching!