Happy Birthday Google: 7 things unheard about search-engine giant as it greets self with Doodle on 16th anniversary

Don't be evil was Google's unofficial slogan. It's motive is 'to organise the world's information and make it accessible and useful universally'. 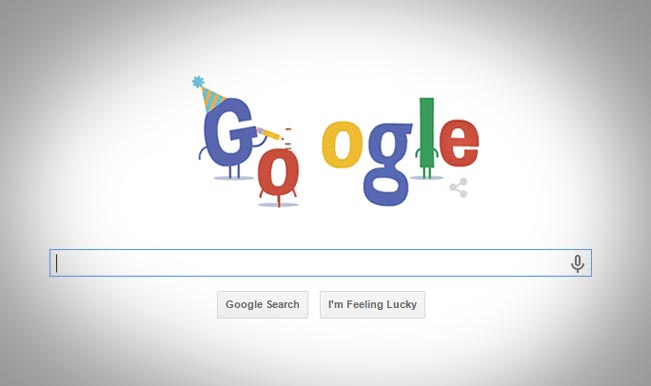 It’s 2014 and the search-engine giant Google has turned 16 today. Google was founded by Larry Page and Sergey Brin and currently own about 14 percent in shares. Both the founders were Ph.D. students at Stanford University at that time. Google was incorporated as a private company on September 4, 1998. The first IPO of the web-giant company was held on August 19, 2004. The search-engine company was formed with the motive of ‘to organise the world’s information and make it accessible and useful universally’.

Not many know that Google’s unofficial slogan at that time was ‘Don’t be evil !’ Google has transformed itself into more than just a search engine. It has become more of a digital newspaper. Not only it has limited itself to a search engine but also have started several services over the years. Email client (Gmail), social networking sites (Orkut, Google+), cloud storage service (Google Drive), picture editor (Picasa), and Web browser (Chrome) are some of its mainline products.

The major undeniable fact about Google is: Every person who has used internet, has used Google atleast once. The story of Google is an open book. There are many things we all know about Google but there are many facts that you are not aware of. Here’ a list of such unheard and funny facts mentioned below:

Available in over 123 languages, Google also has a different language for aliens known as Klingon. It is the same language used by aliens in Star Trek. In case if aliens attacking the world, Google has pre-planned to help them to navigate through the situation. (Funny, yeah! There are many more to come ahead.)

2. They don’t want us to use their search engine:

Yeah, Google might be the first company to set a goal to reduce the amount of traffic (active people on the page). To avoid any server issue, there are employees who crash the pages of many users who search unwanted stuff at that particular point of time. So next time if you’re searching ‘Where to donate my sperm’ and your page crashes, always remember there are many who are really working out there.

3. Because just Google.com is not enough:

Google owns a bunch of domain names like Gooogle.com, Gogle.com, Googlr.com and more. Just in case of misspelling, they have acquired all these domains. Try all the above domains in your browser, by default you’ll land on Google.com.

Now it wasn’t the end there, Google also owns a domain named 466453.com 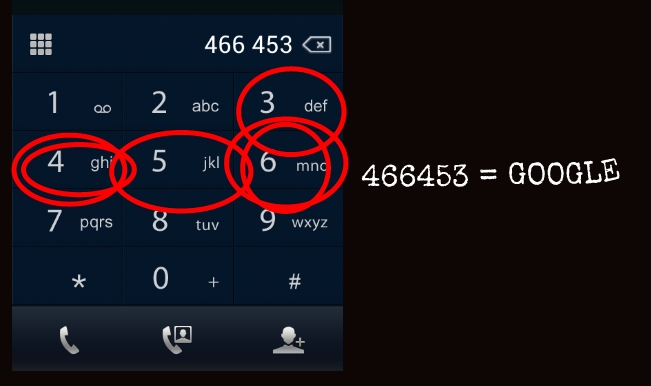 (Confused, eh! Refer to the image). Just open the dialer of your phone and type and the above numbers and see what you get. Yeah, it’s Google. Now try 466453.com on your web browser and you’ll land on Google.com.

Ever wondered why the homepage of Google is so simple? We know you might have guessed couple of things by now. Because it makes the homepage fast to load, Nah?

Because it should be simple and easy to use? No, you’re wrong again. Let us tell you why it’s so simple. Google founders Lary Page and Sergey Brin were having limited knowledge about HTML (Web designing) and hence they both came up with a simple design. They were unaware that even their limited knowledge would lead to simplicity, making them more popular then Yahoo and MSN. 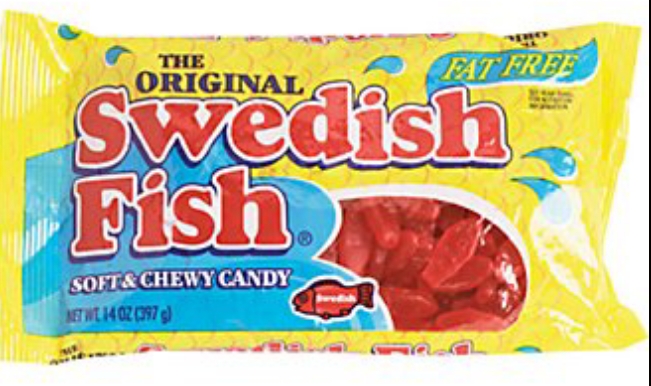 Back in 1999, popular chewy candy Swedish Fish (It’s a fruit-gum not a fish!) was the first snack ordered at the google office. Google is famous for the treats it offers to its employees. The treat isn’t limited just to free drinks and snacks, but full time gourmet meals and that too three times a day. Barbecues are also installed for the employees in summers. Larry Page and Sergey Brin believes that no Googler (employee) should have to go more than 100 feet for food. That’s why there’s a micro kitchen at every 100 feet in the offices of google. (We know many want to join Google for this!)

Google displays its creativity by putting up different Google Doodles for different occasions (There’s a one for todays ocassion too!). The first Google Doodle was way back in 1999, it was of a man sticking his arms up (Refer to the image). 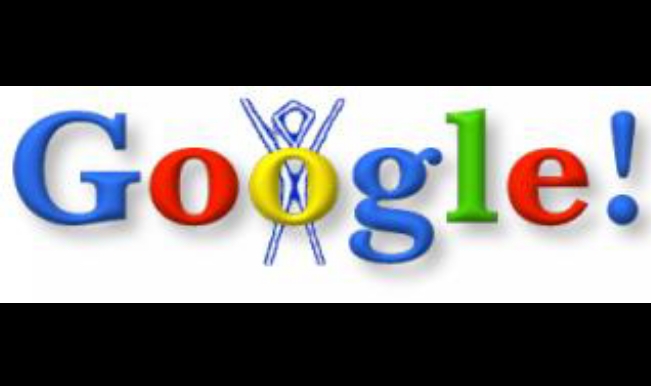 This was used when Larry Page and Sergey Brin went to attend the Burning Man festival in Nevada. They both took an off for the weekend and informed the users with doodle, that they would be unavailable on this weekend to fix the crash and server issues. 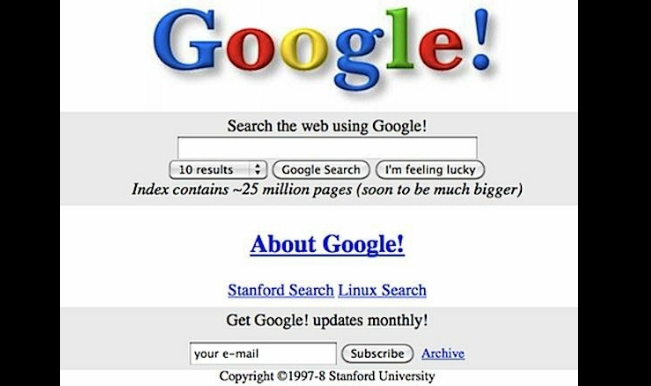 Let’s us take you back in the time when Google also used the exclamatory mark like Yahoo. In 2013 on completion of its 15 years, Google, provided a special search for the users. On searching ‘Google in 1998’, it took the users back in time when Google was born.

Reliving the nostalgia, Google has completed its 16 years today and has become an important part of many of our lives. Majority of people also thinks ‘If you can’t find a thing on Google, it does not exists’.