Haryanvi actor and dancer Sapna Choudhary, who is famous for her stage shows across the country, was recently in Goa for a sizzling dance performance at a Casino. The bombshell never misses a chance to flaunt her hot thumkas. This time, Sapna can be seen taking the stage on fire with her desi latkes and jhatkes. Dressed in a pastel green salwar-kameez, she is seen showing off her killer dancing skills with background dancers. In the video, she dances to popular Haryanvi songs (Chetak, Goli Chal Jawegi, Aankhya Ka Yo Kajal) with the crowd cheering for her. The videos has been shared by Sapna Choudhary on her Instagram stories.

The ‘Anarkali of Haryana’, who is famous for her songs like Teri Aakhya Ka Yo Kajal, Chetak, Tere Thumke Sapna Choudhary from Nanu Ki Jaanu and Hatt Ja Tau, has teamed up her look with minimal makeup, a pair of earrings and hair opened up. Well, the video has surfaced on social media and is going viral.

Thanks Gopal Kanda Ji for inviting me on opening of #Bigdaddy Casino, Goa. @bigdaddygoa @pawanchawla2010 #casino #opening #invite #thanks 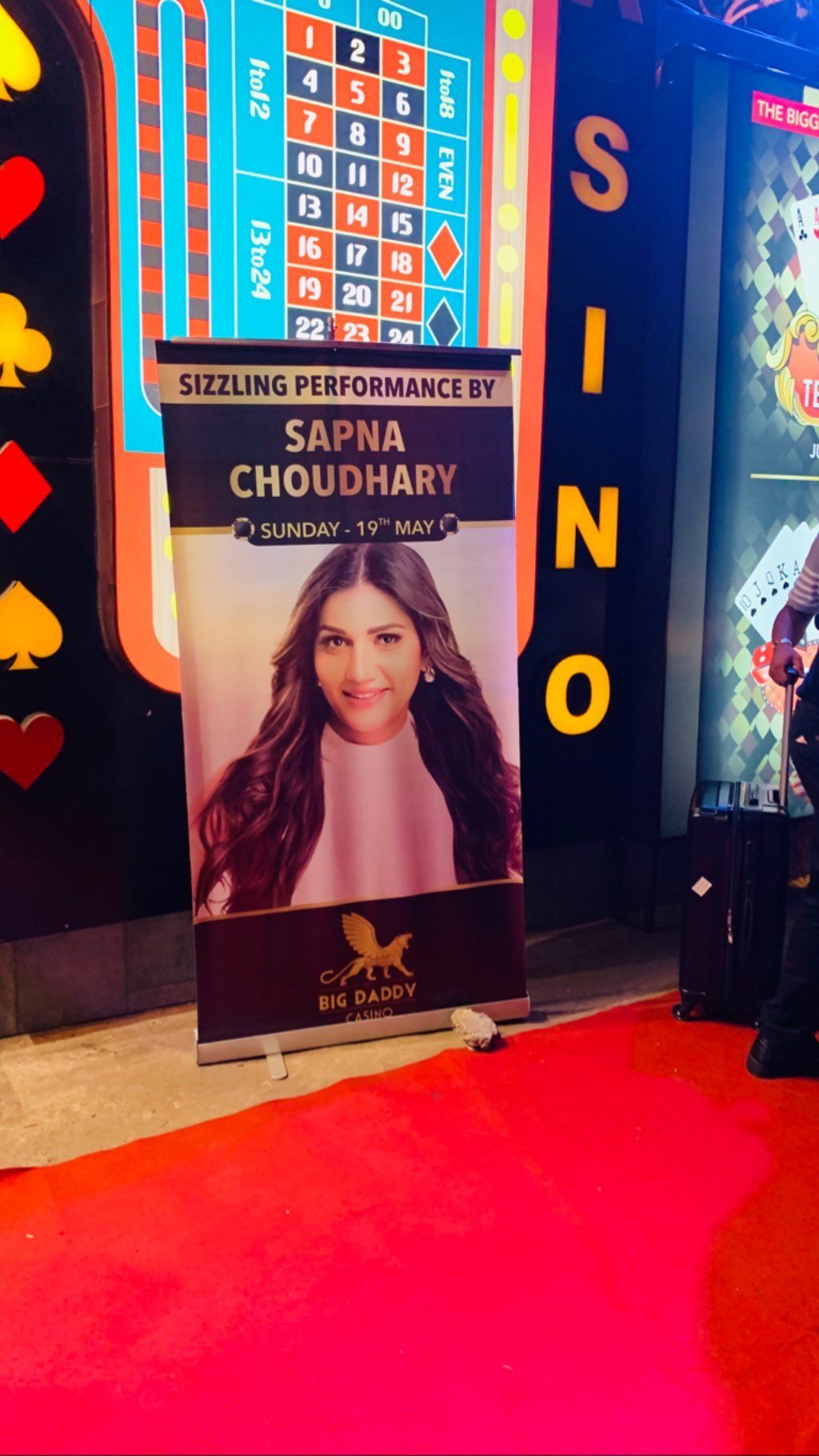 Sapna Choudhary has made her niche in the YouTube world with her stage performances and music videos. She began her career from Salman Khan host show Bigg Boss 11. She used to stay there with Hina Khan, Priyank Sharma, Benafsha Soonawalla among others. She was a simple desi girl who only wore suits and later, transformed into a hot diva after coming out of the house.

On the professional front, Sapna Choudhary will be next seen in Haryancvi web series Chachi Ram Ram. The promo of the song that released last week has already created a buzz around the web series. She was last seen in Dosti Ke Side Effects.