Actor Hina Khan and her boyfriend Rocky Jaiswal have gone for a relaxing vacation in the Maldives. Taking to Instagram today, the Hacked actor has shared an array of photos from the Caribbean island. Sharing her hot monokini pictures by the poolside and floating breakfast, she has raised the temperatures on social media.

In the photos, she can be seen donning a sexy black polka dot monokini with a plunging neckline. She teamed up her look with a trendy hat, sunglasses, subtle makeup, and bold red lipstick. She can be seen sitting in the pool and basking in the sun as she enjoys her floating breakfast. Hina looks sizzling hot and sexy in the pictures and it will definitely make your jaws drop.

Sharing the photos, she wrote, “There is no Heaven on earth buttt there are pieces of it.. @kurumba_maldives My Kinda happy place.. Meet me here in #MaldivianBlues #BeachLife #FloatingBreakfast #WaterBaby. (sic)”

There is no Heaven on earth buttt there are pieces of it.. @kurumba_maldives My Kinda happy place.. Meet me here in #MaldivianBlues #BeachLife #FloatingBreakfast #WaterBaby 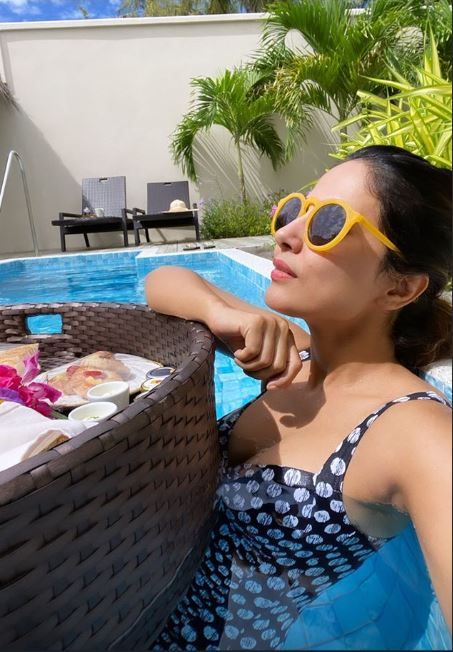 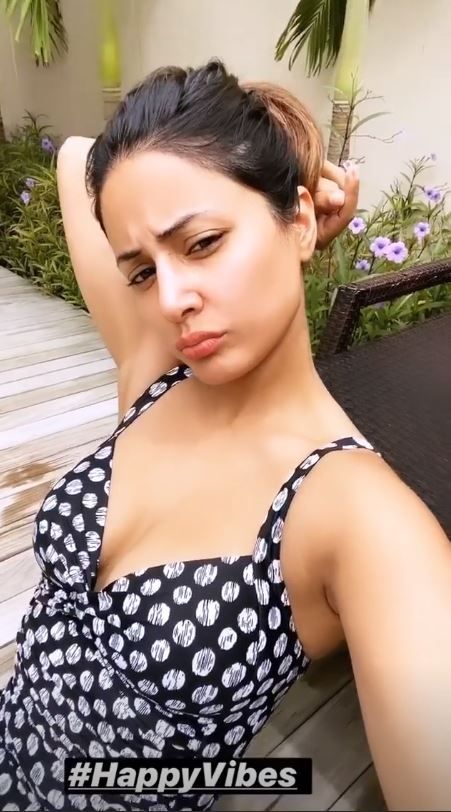 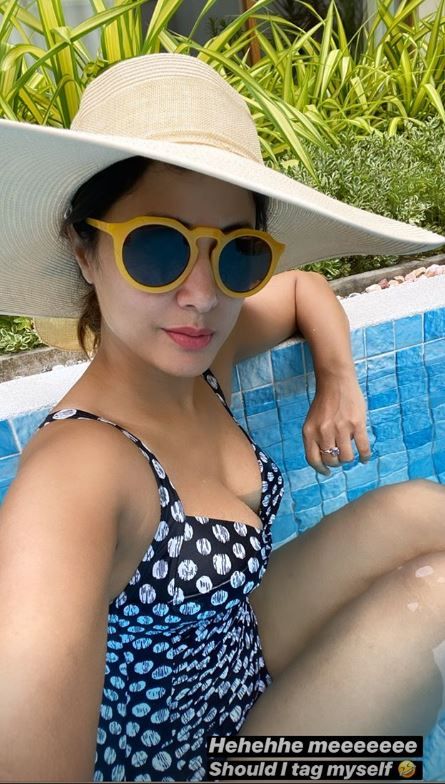 Recently, she has shared her array of pictures in a sexy blue-black dress teamed up with a blazer worn over it. With matching eyeshadow, a pair of earrings and perfect makeup, she has set the social media on fire. She captioned it, “Jacket- @tweeinone Bralet- @topshop Skirt and footwear – @zara Jewellery – @medosojewellery @rimayu07 Styled by- @kansalsunakshi MUA – @sachinmakeupartist Hair stylist @sayedsaba @rishabhkphotography. (sic)”

Meanwhile, on the work front, she was last seen in Arijit Singh’s song ‘Raanjhana’ opposite Priyank Sharma. She has several film projects under her kitty. She will be making her Bollywood debut with The Lines. She will also be seen in Wish List and Vikram Bhatt’s North of Srinagar. Another film under her kitty is Indo-Hollywood film, The Country of The Blind where she will be playing the role of a visually challenged girl. She also has Vikram Bhatt’s Hacked under her kitty.