Hina Khan’s Cliched Picture With Beau Rocky Jaiswal Infront of Eiffel Tower Will Still Have You Swooning Over!

The Cannes debut was surely a dream come true not just for Hina Khan but also for all of her fans who follow her latest updates, waiting on the edge. While we were well versed with all of her outings in and around France as the television-turned-Bollywood diva kept everyone posted through her social media handle, a latest picture of hers’ from Paris has surfaced, which is breaking the Internet.

Seen blushing under the crystal clear sky before the tall Eiffel Tower in the backdrop, Hina clung onto her boyfriend Rocky Jaiswal as the two lovebirds let the morning sunshine washdown over them. No matter how cliched the picture is, it will still drive away your mid-week blues. Hina simply captioned the picture as, “Us” and punctuated it with a red heart emoji. Hina can be seen donning a monochromic print jacket paired with white tights with a multicoloured stripe running down it. Wearing a pair of yellow, black and white coloured shoes, Hina sported yellow-rimmed sunglasses and a high ponytail as she soaked in the sunlight before the Eiffel Tower while Rocky was dressed in all-black with a green jacket. 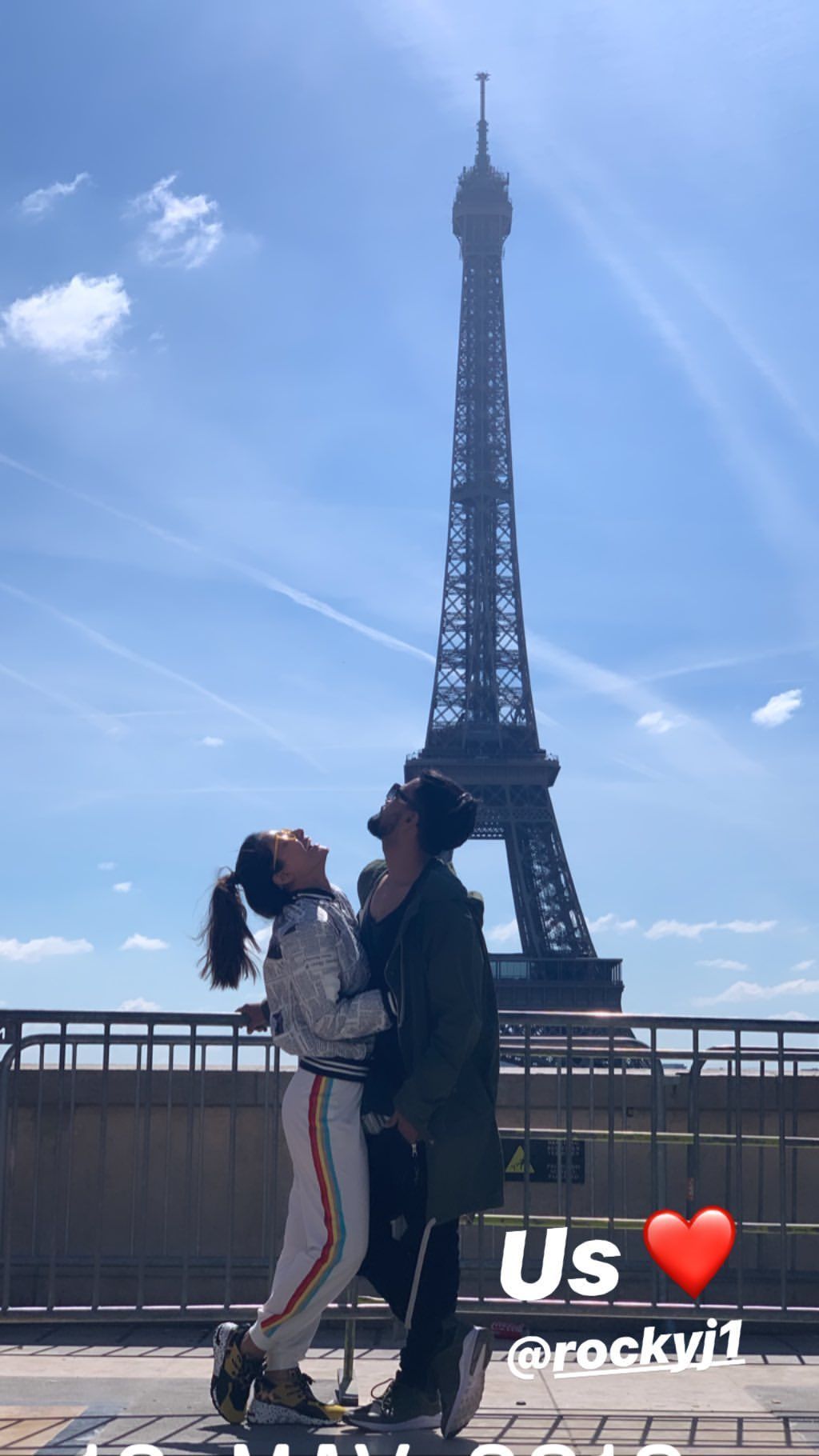 Hina Khan is a popular television actor who has created buzz on the social media for her appearance in Cannes Film Festival 2019. She often shares gym pictures to let her fans see how dedicated the actor is towards fitness.

After an enchanting performance in Kasautii Zindagii Kay 2 as Komolika, Hina Khan unveiled the poster of her film- Lines at the Cannes. She went on for further projects in Switzerland, Milan and Paris. Hina was also shooting for her film titled Wish List opposite UK-based actor Jitendra Rai and it is being directed by Rahat Kazmi.

Lines is expected to release in August 2019. Hina also managed to bag a role in Vikram Bhatt’s upcoming film and expressed her excitement about the same as well.