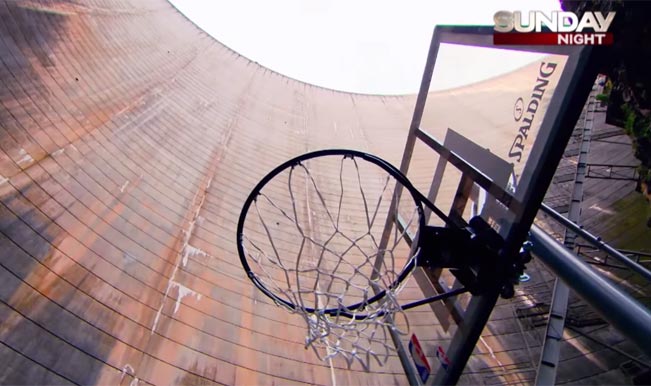 Records are meant to be broken and obviously meant to be established! But such display of accuracy is maddening! We have seen some tremendous displays in movies but that has taken numerous takes and hours of practice. This Australian group too might have practiced well but finding the basket from a staggering height of 126.5 m (415 feet) – that is clearly some feat!

Standing on top of the Gordon Dam in Tasmania, the group How Ridiculous planned the entire feat since 2010 alongside Hydro Tasmania, Aardvark Adventures and the Sunday Night program. According the description in the video, this shot broke their previous Guinness World Record for the greatest height from which a basketball is shot which was 91m off the Euromast in the Netherlands in 2013. The group are clearly ambitious and I for one wouldn’t be surprised if they plan on rewriting the record books

Watch how this group creates history and be mesmerized by it! Will the Michael Jordans and LeBron James’ make note and show us something more dazzling?