From the director of Housefull and Housefull 2 comes yet another slapstick comedy Humshakals, a 'comedy of errors'. 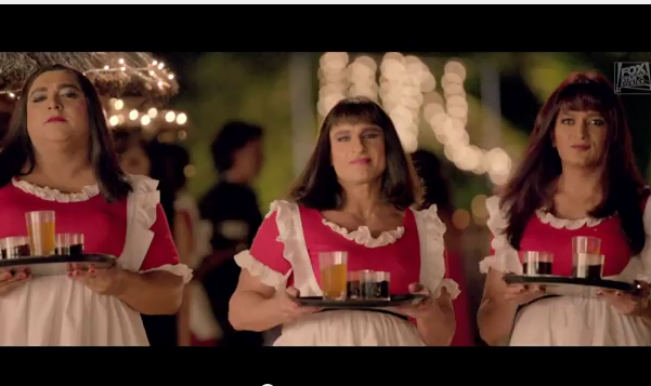 From the director of Housefull and Housefull 2 comes yet another slapstick comedy Humshakals, inspired by Angoor and Shakespeare’s The Comedy of Errors. Said Khan’s Humshakals features Saif Ali Khan, Ritesh Deshmukh and Ram Kapoor starring opposite Bipasha Basu, Tamannaah Bhatia and Esha Gupta.

In the new trailer of Humshakals, Saif, Ritesh and Ram are on a roll, with the trio having a triple role in their upcoming movie Humshalals! But they seem to be hamming in a few scenes.

We have seen many movies with actors featuring in double roles, but this is the first time three different actors are up for a triple role. Which is what makes it all the more confusing and drives the plot further in the movie.

The whole trailer is set to a song Callertune.

Even though Ritesh has been seen playing a woman in Apna Sapna Money Money, now he is set to do the same along with Saif and Ram in Humshakals. This movie claims to be the biggest comedy of the year. Let’s wait and watch how much will this laugh riot really make your laugh and succeed at the box office.

Humshakals is slated to release on June 20, 2014. Watch the new trailer below!