Flash Mob Dances on 'Teri Mitti' at Kolkata Airport and it's the best thing on the internet today!

On the occasion of Independence Day, commuters at Kolkata’s Netaji Subhas Chandra Bose International Airport were in for a surprise after a flash mob presented a dance performance. The flash mob danced on Akshay Kumar’s popular song ‘Teri Mitti’ from his film Kesari. The video made its way to social media and soon went viral. In the video, a group of young people can be seen unfurled the tricolour and danced at the airport. Soon, the crowd cheered and rooted for the flash mob.

The video is shared on Facebook by the official page of Netaji Subhas Chandra Bose International Airport, Kolkata. The video has gone viral and has fetched 10,000 likes, 15,000 shared and around 600 comments. Sharing the video, it wrote, “On the eve of #IndependenceDay a flash mob dance performed at #KolkataAirport. Airports Authority of India. (sic)”

Many Facebook users praised the flash mob performance. One user commented, “Happy Independence day to all. Feeling proud to be an Indian. Well done all of my brothers and sisters. Jay Hind. (sic)”

Another user wrote, “Feeling proud to be an Indian! A heart touching moment! Jay Hind!” 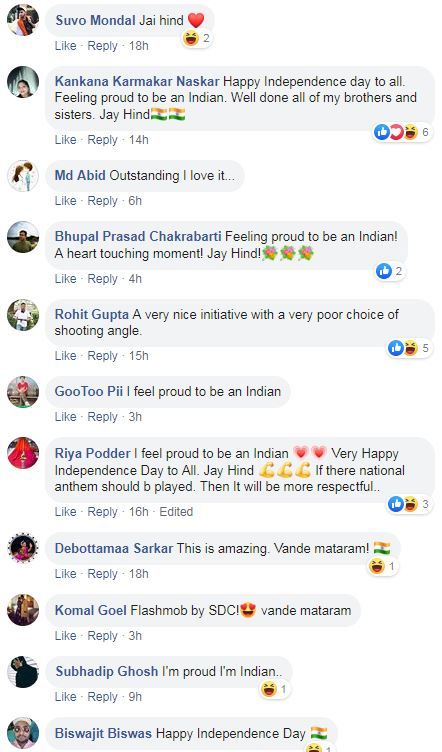 Independence Day celebrations begin with the hoisting of the national flag and are followed by cultural festivities where young and old get together and remember the unsung heroes with some patriotic songs and poems. The day dedicated to the great people who gave their heart and soul to make India what it is today. Here is wishing everyone a very Happy Independence Day 2019!