Jacqueline Fernandez gives fans the right kind of 'Kick' this Tuesday with her on point twerk game, video goes viral

Trust Bollywood diva Jacqueline Fernandez to be on a happy high in the middle of a sluggish Tuesday and treating fans to her contagious energy, the Kick 2 star gave them a glimpse of her jam this morning. Seen twerking on point, Jacky set the Internet swooning over her viral video.

In the video that she shared on her Instagram handle, Jacqueline can be seen donning a sexy monochrome ensemble as she struck a sensuous expression and twerked to the music in the background. Cut to new frame and we see Jacky in a cute avatar, dressed in a spotless white dress and continuing to twerk as fans hearts went aflutter. The video broke the Internet instantly and was captioned, “Tuesday jam” (sic), punctuated with a kiss emoji. 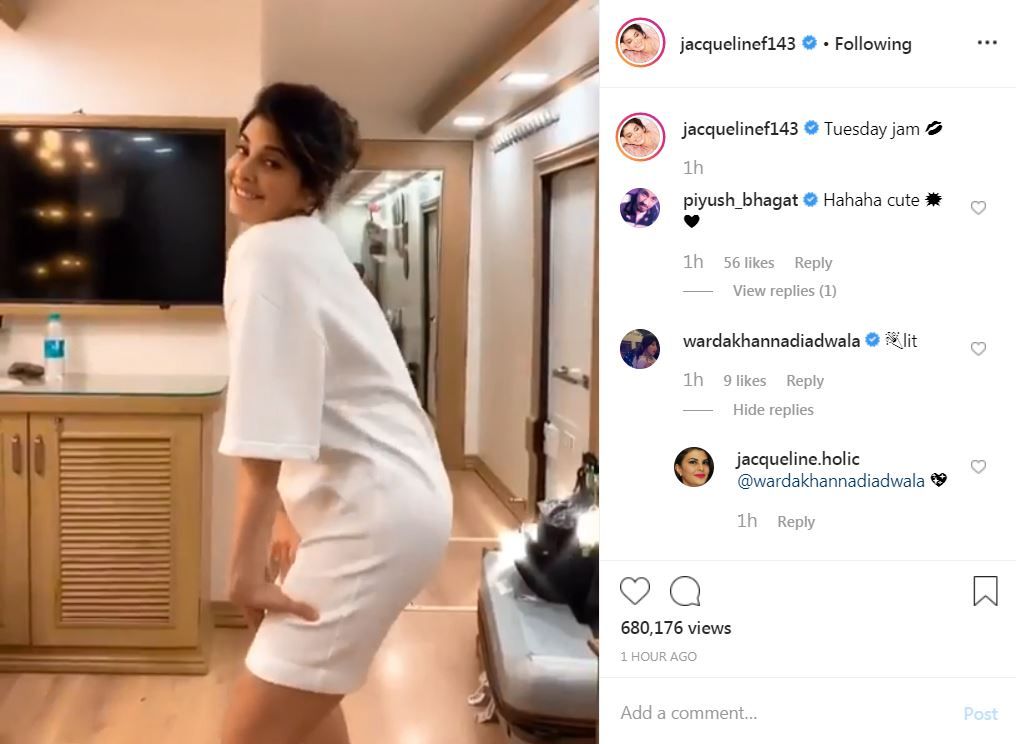 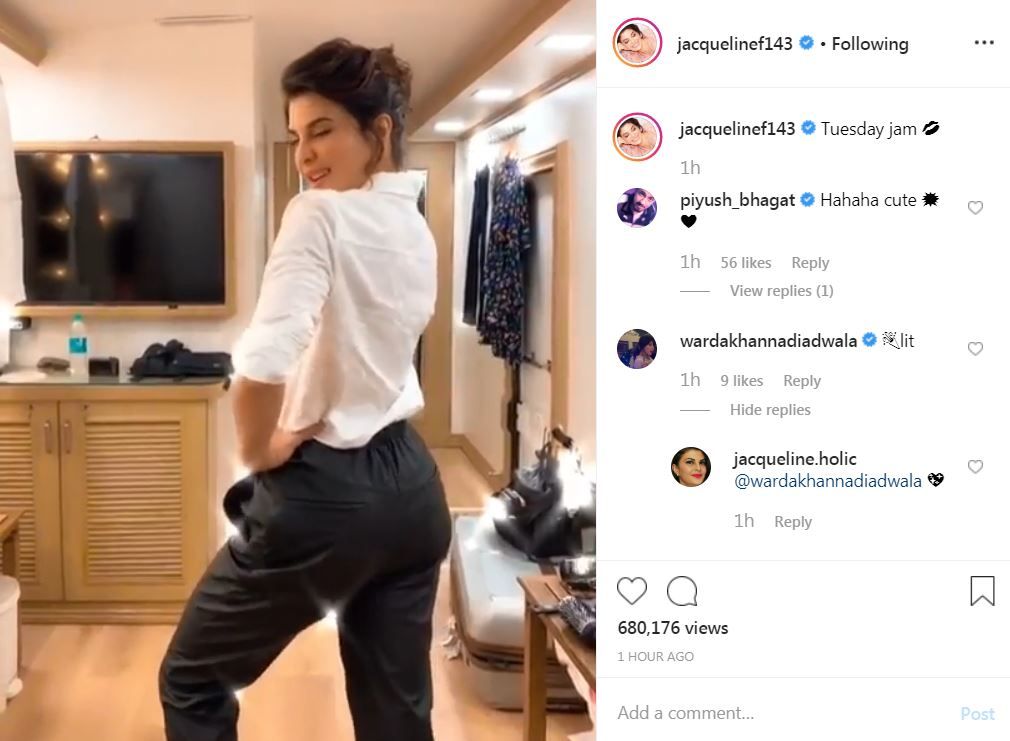