Jaqueline Fernandez' latest hot picture sets the Internet on fire, friend Jay Bhanushali has THIS suggestion for her distraction

The week has just begun but millennials already seem to be on the drooping end of their spirits if it was not for Bollywood hottie Jaqueline Fernandez to save our day. Sharing a sultry picture of hers on Instagram, Jacky saved the day for most of us who were already seeing blues thanks to the working day in this pleasant breesy weather.

In the shared picture, the Kick star can be seen lying comfortably donned in a neon yellow deep-neck top as she sported wing eyeliner look and posed with a sensuous pout. With her luscious tresses falling effortlessly across her shoulders, the diva looked smoking hot and fans hearts were left aflutter. The picture was simply captioned, “hi babies” (sic) along with sun and heart emojis. Not surprisingly, it garnered over one million likes and is still going strong. 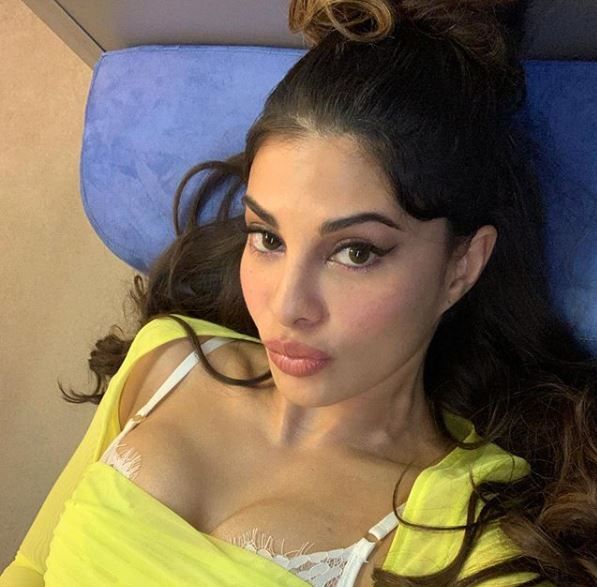