Here is a video recorded few hours before his death in which he accused police officer Prakash Rai for his death. 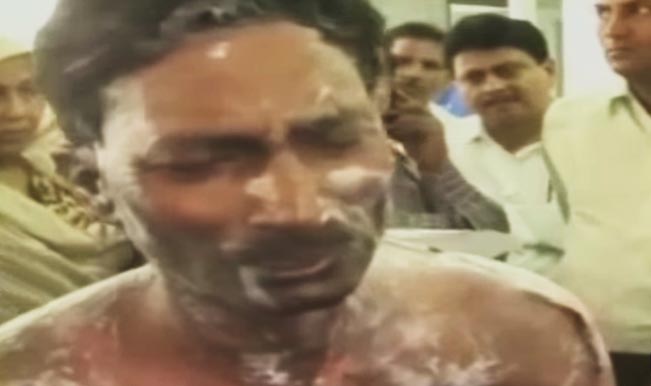 A journalist, who was allegedly burnt alive by police in Shahjahanpur district of Uttar Pradesh died in a hospital due to injuries. Before his death he held police responsible for his death. In a gruesome incident, a social media journalist Jagendra Singh died after he was allegedly set on fire by police for writing against Samajwadi Party (SP) MLA Ram Murti on Facebook.

Here is a video recorded few hours before his death in which he accused police officer Prakash Rai for his death. “First, the police beat me brutally and then set me on fire,” says Singh in this video. (Also read: Journalist burnt alive for Facebook posts against Samajwadi Party MLA Ram Murti in Uttar Pradesh)

Singh had reportedly written against Samajwadi Party MLA Ram Murti in newspaper accusing him of involving in illegal mining and forced occupation of land, etc. Singhs’ writing offended SP MLA and he allegedly implicated Singh in a false case. However the police claims that Jagendra Singh committed suicide but the journalist can be seen in the video revealing the name of the culprit.

Watch the video below: