Kanye West, Usher, Drake: Do you wish to get inked like your favourite musician? (Video)

Get inked with a special message just like these top musicians did!

Kanye West got two tattoos in honour of his late mother Donda West and daughter North. He has got inked in Roman numerals. (Image Credits – Twitter) 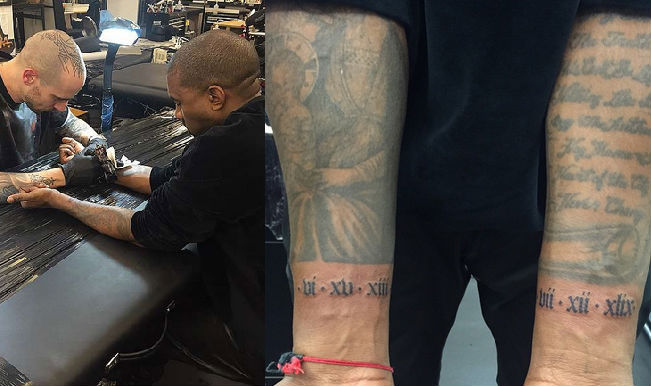 Justin Bieber is a huge fan of graffiti artwork. The singer’s left sleeve tattoo is a mix of animals – including a koi fish, tiger, owl and eagle tattoos. Any Bieber fans who would love to do the same? 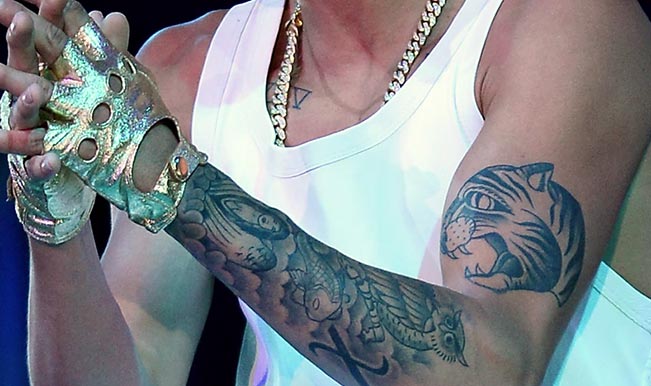 The Canadian rapper Drake got a small arm tattoo in February 2012 that reads simply, “All Kinds” in capital letters. The tattoo which is inked on the inside of his right bicep is a phrase that he and his friends say often, according to Drake. 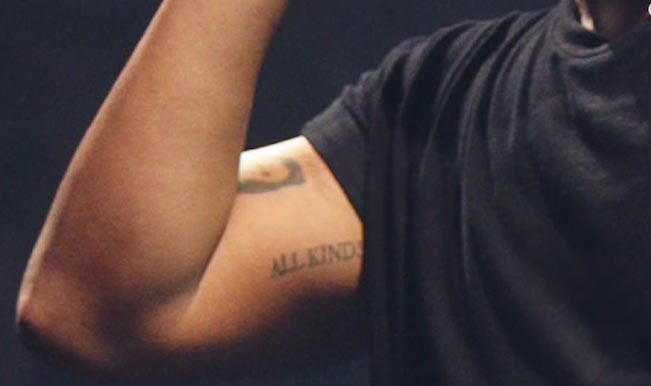 Bruno Mars has a tattoo on his left bicep which is a knife which reads ‘Pete’s Boy’ underneath. And on his left forearm he has got a tattoo of a gypsy woman, which shall bring good luck. 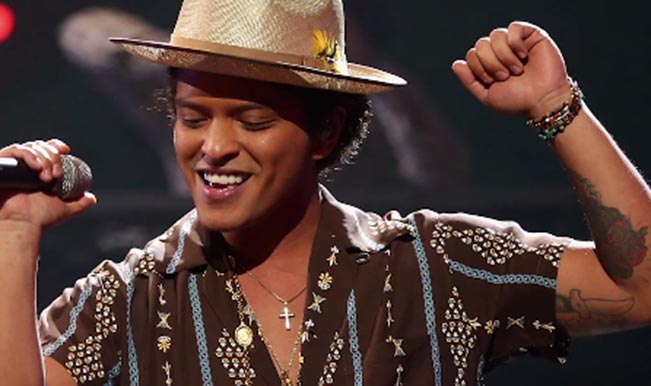 The tattoo on Usher’s left sleeve is said to be special. It is rumoured that it’s a message to his ex-wife, Tameka Foster Glover Raymond. The artwork is said to be an image of the Roman goddess ‘Lady Justice’. 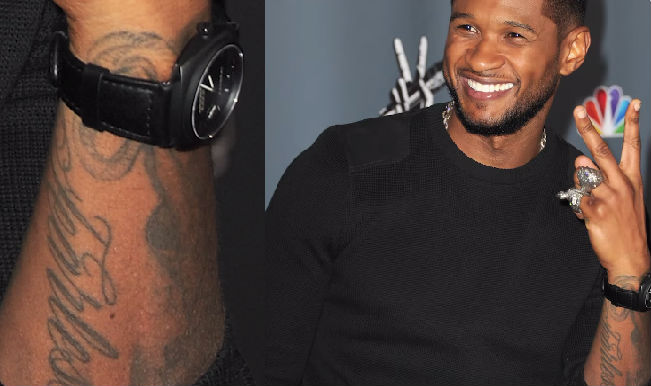 Billie Joe Armstrong who keeps his right arm sleeve rolled up is proud of the photostrip tattoo of his wife Adrienne. He keeps that one sleeved rolled up because he loves her and is proud of her. 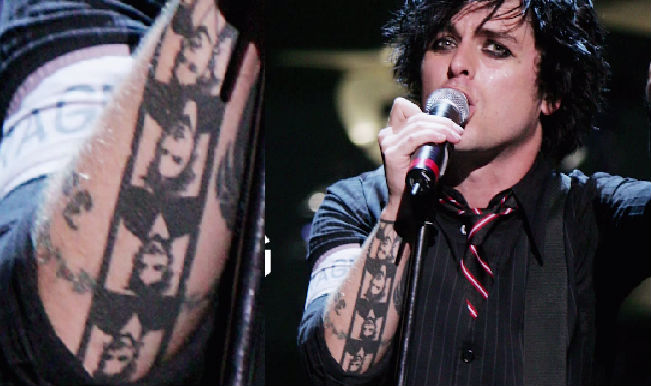 So do you also have some special reason to get inked just like your favourite musicians? Watch the video below shared by BuzzFeed and let us know your views.