KBC 10: Assam’s Binita Jain Becomes The First Crorepati of This Season; Will She be Able to Answer The Rs 7 Crore Question? – Watch Video

Kaun Banega Crorepati 10 hosted by megastar Amitabh Bachchan found its first crorepati in Assam’s Binita Jain. The mother of two has successfully answered the 14th question to win the mega prize of Rs 1 Crore. In the episode of October 2, she will be attempting to answer the last question for Rs 7 crore. Will she take home Rs 1 crore or will she win Rs 7 crore or will she answer the last question incorrectly and come down to Rs 25, 50,000? Well, once the episode is on air, we all will have our answers. The promo of the episode is going viral all over the social media and people just can’t keep calm.

On the related note, KBC season 9 had no contestant who claimed Rs 7 crore but a social worker from Jharkhand named Ananmika Majumdar went home with Rs 1 Crore prize money.

KBC 10 has been able to keep their audiences glued to the screen with interesting questions and Big B’s fun moment with the contestants.

Assam Binita Jain is all set to be first crorepati of KBC-10, she will be answering Rs7 crore question on October-2 pic.twitter.com/WQan6XeiSG

Interestingly, even after 18-years since it first went on air, the show has not lost its sheen and continues to attract a massive following. Though the format of Kaun Banega Crorepati 10 remains the same, there are a few changes this time around. For example, the questions are evidently little difficult. For the first time on any Indian reality show, the latest technology is being used. In lifelines, the audio call has been replaced with video conferencing. 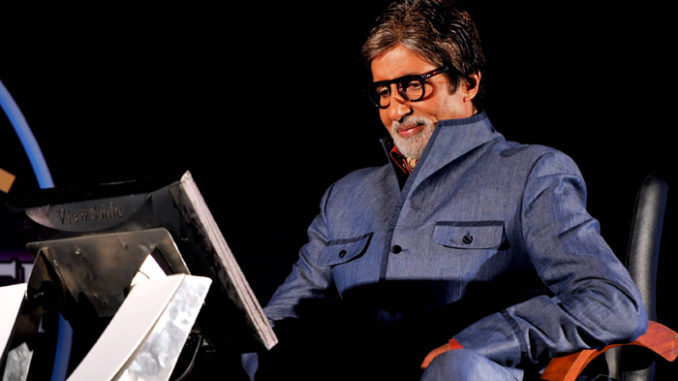 This year, KBC has introduced the feature on the Sony Liv app where audiences can play along with the contestants. On the other hand, Jio customers have a double benefit as they can get a chance to sit on the hot seat facing Bollywood’s megastar, Amitabh Bachchan.