Kim has also shared another two photos, both showing North wearing the fake nose ring. However, the pictures did not go well with some sections of netizens and started to troll her. One user wrote, “Why on earth does North have a nose ring” while the other commented, “why df kim let north have a faux nose ring she too damn grown.”

Another user wrote, “What’s up with North?” 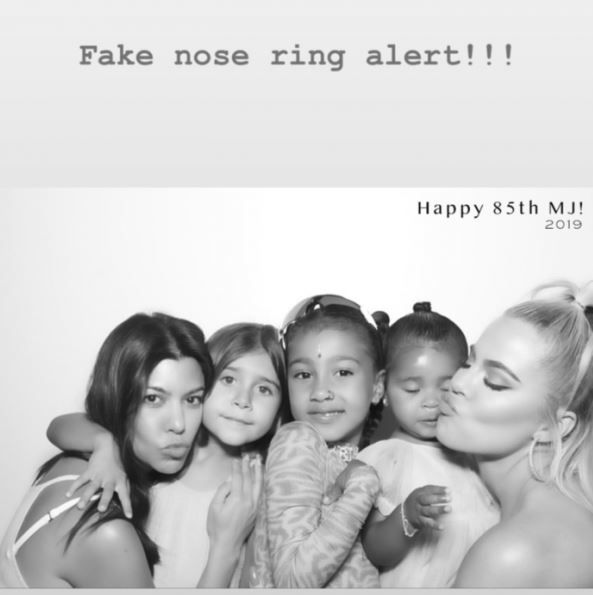 Earlier, Kim had shared as series of pictures and revealed that her eldest daughter, North, helped her style for a surprise anniversary date. Sharing the adorable pictures from behind the scenes from her fitting with one-half of Dolce & Gabbana’s Domenico Dolce on Instagram, West captioned the pictures as “Thank you Domenico! I hope North was a good assistant,” reported People. In one of the photos, the little North can be seen putting her hands on West’s dress and designer giving a final touch to the look.

Kim and Kanye West have welcomed their fourth child in May. The couple is blessed with a baby boy and we are sure he will also have an interesting name just like their other three kids. The duo has welcomed their baby through surrogacy and he joins his sisters North, Chicago and brother Saint. The Hollywood couple tied the knot in May 2014. Kim and Kanye share three children, namely, daughters North (5), and Chicago (1), as well as son Saint (3).