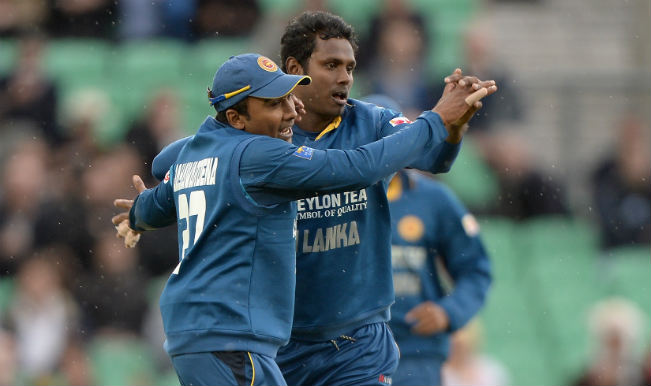 During the first One-Day International (ODI) between Sri Lanka and New Zealand at Hagley Oval, Christchurch Mahela Jayawardene took a stunning catch at first slip to dismiss the right-handed Kiwi batsman Kane Williamson off Sachithra Senanayake. The veteran has so far pouched 216 catches in 435 ODIs.

37-year old Jayawardene, who will be the most experienced player alongside Pakistan’s Shahid Afridi in the upcoming ICC Cricket World Cup 2015, showed his acrobatic skills to complete an incredible reflex catch. The veteran Sri Lanka player dived to his left side (not his natural side) to take the catch one-handed after few attempts.

Despite Jayawardene’s suppleness New Zealand chased down the target of 219 and won the match by three wickets. Nevertheless, it surely was  a magnificent effort by the Sri Lankan great who is nearing his end in the international cricket.