Malaika Arora rings in Christmas festivities by wearing a red long blazer. You'll be convinced that no one else can rock this red blazer look better than her. See these photos:

Actress Malaika Arora was one of the Bollywood celebs seen celebrating Christmas in Mumbai. The actress has been attending many B’town Christmas parties these days. In the day, she was clicked by the paparazzi while on her way to attend another one. The actress was snapped in her Christmas look as she wore a long red Gucci blazer above a white romper. A stunning ruby necklace, heels, and open-air finished her look. Malaika looked all sexy and totally ready for her Christmas festivities. Here are her latest pictures: 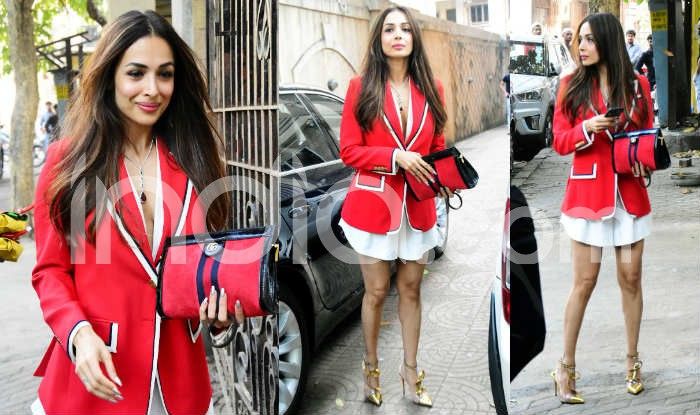 Malaika has been giving a lot of red looks lately, courtesy Christmas. For her last outing as well, she chose to wear a red Fendi tracksuit. She was clicked inside an auto with a friend. Look at these pictures: 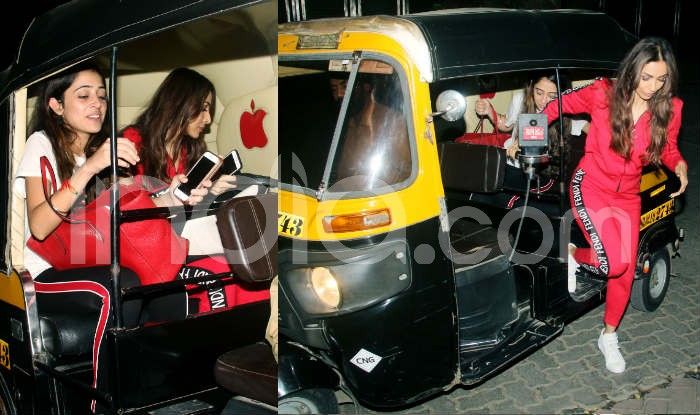 Before that too, the actress wore a red outfit. She attended Ritesh Sidhwani’s Christmas party wearing a red dress. While her pictures from the party aren’t out yet, she arrived at the bash with Arjun Kapoor and the red colour of her dress was visible from inside the car. Check these out: 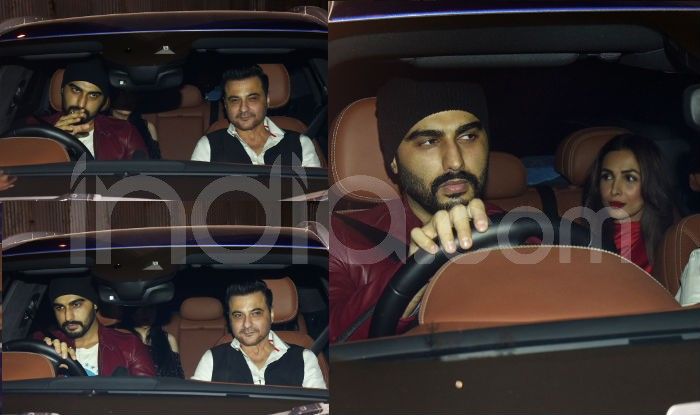 Malaika has also been slaying it with her fashion picks on the reality show India’s Got Talent, that she co-judges with Karan Johar and Kirron Kher. On the show, she’s often seen wearing some stunning evening gowns. In fact, she has been heavily preferring silver to wear on the show. Here are some of her looks from IGT: 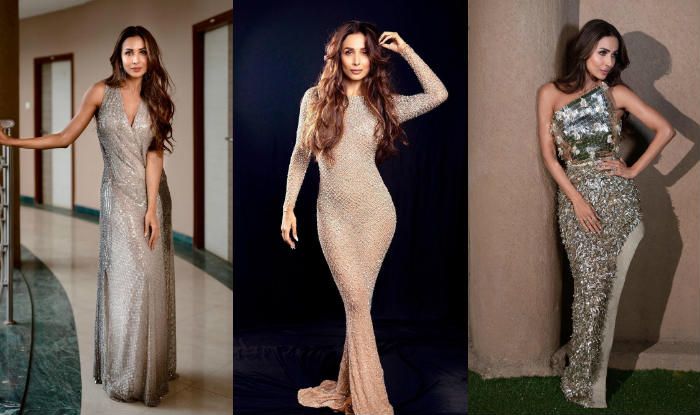 Meanwhile, the rumours of her link-up with actor Arjun Kapoor are going strong in the Bollywood’s grapevine. The actress has been giving many media-friendly appearances with the actor. They are often seen going out on dinners and partying out with family members and close friends. However, recently, when she was asked to comment on the rumours, Malaika maintained that she won’t like to give away any detail about her personal life. She was quoted by Hindustan Times saying, “I never answer personal questions. Not that I shy away from answering or whatever. I just don’t feel comfortable talking about my personal life. And whatever my life has been, everyone is aware of it. I don’t need to be talking about it. I am just enjoying my life – it’s beautiful and precious”.